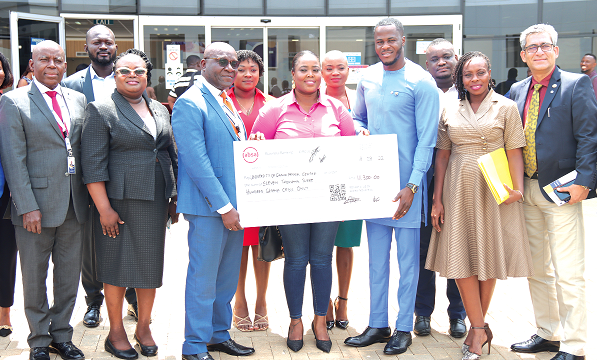 The Medical Training and Simulation Centre of the University of Ghana Medical Centre (UGMC) will from next month train 200 senior high school students from four schools in Accra in Basic Life Support (BLS) and cardiopulmonary resuscitation (CPR).

The pilot programme will be undertaken by the Simulation Centre of the UGMC and funded by the Accra Industrial branch of the Rotary Club.

This follows a memorandum of understanding signed between the UGMC and the Rotary Club, Accra Industrial Area at the centre in Accra last Thursday.

The Chief Executive Officer (CEO) of UGMC, Dr Darius Osei, stated that BLS and CPR processes were life skills that every individual needed to possess.

He explained that in developed countries, CPR and BLS training had been infused into the educational curriculum, however this had not been done in the country, adding that "these gaps in the country need to be filled and to do that, we must be creative and move beyond the ordinary”.

The UGMC, he stated, was not only focused on treating sick people, but was interested in prevention and promotion of some aspects of health.

The centre, he said, trained 200 staff of the Consolidated Bank of Ghana (CBG) last year and called for more support from well-meaning citizens and not for profit organisations.

“These gadgets mimic what happens in the hospital setting, wards, clinics and theatres and give trainees a feel of the exact situations,” he said.

Prof. Lawson stated that after the pilot, the programme would begin on a nationwide scale and would include junior high school students as well. The target, he sad, was to reach about 4,000 students across the country.

"We want to start from the young people, who are energetic and enthusiastic about things and then we will build up and move to the tertiary institutions as well," he said, stating that "our long-term vision is for this to be added to the curricula of the SHS and JHS".

He added that the Rotary Club of Accra Industrial Area had decided to provide funding for the training for the pilot programme and that the Ghana Education Service (GES) was handling the recruitment of students into the programme.

He explained that CPR was an emergency measure given to victims who suddenly collapse from cardiac arrest.

That, he said, was when the heart ceased to beat and pump blood to the rest of the body and the lungs also failed to provide the much needed oxygen to the blood, which caused the patient to collapse.

“The patient can lose his or her life if nothing is done within five minutes after collapse,” he explained.

The President of the Rotary Club, Accra Industrial Area, Dean Selorm Senchim, said the funding was in response to a call to offer service to the country.

He explained that health was one of the seven main thematic areas of the Rotary Club.

Mr Senchim expressed pleasure that the venture had progressed, adding that the UGMC had modern equipment which could be used to undertake lots of procedures that were done outside the country.

To express their commitment, The club presented a dummy cheque for GH¢11,300 to UGMC.