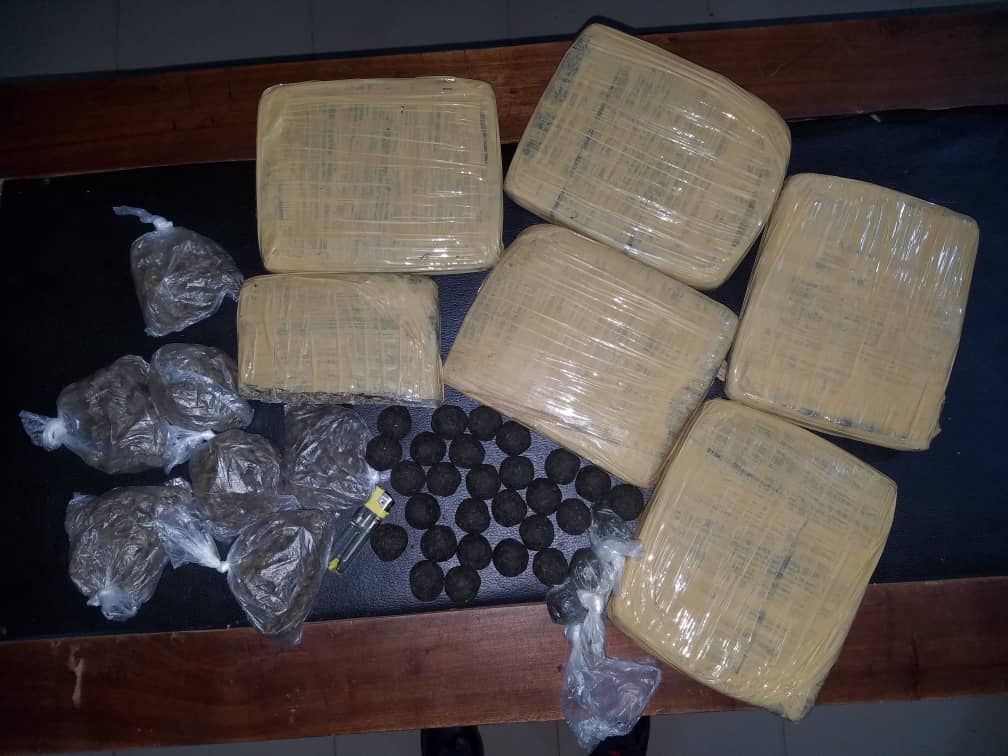 A level 300 student of the University of Education, Winneba (UEW) has been arrested by the police for allegedly possessing some dried leaves suspected to be Indian hemp (wee).

The police has since charged Augustus Akwasi Koranteng, 33, with possessing narcotic drugs without lawful authority contrary to the Narcotic Drugs Control, Enforcement and Sanctions Law, 236 of 1990.

He pleaded not guilty to the charge of possessing narcotic drug without lawful authority when he was arraigned at the Swedru Circuit Court on Friday, October 16, 2020.

Koranteng who is pursuing a Bachelor of Arts degree in English Education at UEW once served as Central Regional correspondent for an Accra based radio station.

He has been granted bail to the tune of GH¢50,000 with two sureties.

He is to deposit documents of a landed property as well as deposit his Ghanaian passport too.

The court has also ordered that he should report to the police every Monday and Friday until the final determination of the case.

The court, presided over by Mr Jonathan Desmond Nunoo has adjourned the case to November 5, 2020.

Arguing for bail in court, counsel for Koranteng, Mr Frederick Selby told the court that per a judicial precedent, accused persons in cases involving unlawful possession of narcotics can now be granted bail and therefore prayed the court to grant Koranteng bail.

He argued that the alleged dried leaves was yet to be taken to the forensic unit for testing and that the results may not be ready in time to aid the prosecution in the case.

According to him, there was a probability that the dried leaves after testing may not turn out to be Indian hemp and therefore prayed the court to admit the accused person to bail as he had credible sureties.

The Prosecutor, Inspector Chare N. Salia however did not object to the bail and the court subsequently granted him bail.

The facts of case as presented by the prosecution were that on October 14, 2020, personnel at the Swedru Division Police Headquarters received information that the accused was dealing in narcotic drug.

He said that Detective Sergeant Edem Ametorwogah and five other policemen were detailed to arrange a meeting with the accused to supply another quantity at Narrow Way School Park in Agona Swedru and Koranteng surfaced with two compressed slabs of dried leaves, leading to his arrest.

He noted that the accused was escorted to his house where a search was conducted in his bedroom and five and a half compressed slabs of dried plant materials, 29 balls of plant materials and seven sachet containing dried leaves were found concealed in his fridge.

He added that the accused admitted ownership of the substances retrieved in his caution statement and was subsequently arraigned before court.