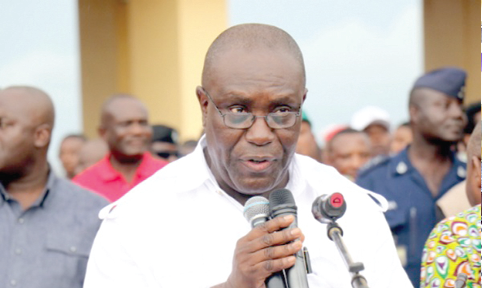 The Trades Union Congress (TUC) has expressed concern about the year-long delay in the correction of what it described as inferior lump-sum benefits paid to workers under the three-tier pension scheme.

The TUC said the anomaly started with workers who retired in 2020 under the National Pensions Act, 2008 (Act 766) and now risked being repeated this year and into 2025.

It said last year’s retirees received lower pension lump-sum benefits, compared to what they would have received under the old pension scheme – PNDCL 247 as a result of the introduction of the three-tier pension scheme that was envisaged to improve the lot of retirees.

In a communiqué after a meeting of its General Council, the second highest decision making body, the TUC reiterated that the government had agreed to top-up the lump-sum benefits of those retirees.

“It is close to a year since government committed itself to pay the top-up but they are yet to receive their lump-sum top-up. The delay in the payment of the top-up is causing severe hardships for the retirees,” the TUC said.

The government in November last year inaugurated a 10-member committee to resolve the impasse over the low pension lump-sums.

It followed reports by the Daily Graphic and concerns raised by workers that the amount paid to retirees in 2020 as lump-sum was lower than what they would have received had they retired under PNDC Law 247.

The committee was given a month to present its report to the Office of the Senior Minister for study and action.

In the communiqué signed by its Secretary General, Dr Yaw Baah, TUC called on the government to make good its commitment by paying the top-up without any further delay.

It said workers who were retiring in 2021 and probably those who would follow between 2022 and 2025 risked facing the same challenge of inferior lump-sums.

“All these retirees deserve lump-sum top-up. In 2020, about 80 per cent of all those who retired were entitled to lump-sum top-up, which will merely bring them at par with the lump-sum they would have received under the old scheme,” the TUC general council noted.

It said the pension reforms that gave birth to the current pension system was premised on the idea of enhancing retirement income for retirees.

Consequently, it said the government, with the support of all stakeholders, must ensure that those objectives were achieved.

Otherwise, the TUC state: “the reforms should be reversed and all workers should return to the Social Security and National Insurance Trust (SSNIT) scheme for enhanced pension benefits.”

The TUC also reiterated its call for a stakeholder forum on pensions to address challenges that could result in dire consequences for retirees.

The TUC also expressed concern about the pace of vaccination against the COVID-19 virus in the country, noting that it was too slow.

“The council, however, noted with concern that just about two per cent of the Ghanaian population is vaccinated. While recognising the challenge of securing vaccines, the council urges government not to relent in its efforts until the entire population is fully vaccinated,” the communique said.

It urged Ghanaians to ignore the conspiracy theories about the vaccines and make themselves available for the vaccination as soon as vaccines became available.

The TUC council also took issue with the unrest at Ejura in the Ashanti Region following the murder of Mr Ibrahim Muhammed (alias Kaaka), which led to the shooting to death of two people and the injuring of two others.

It said the country needed to douse the ensuing tension to help accelerate the economic recovery agenda and further pledged to play its part to ensure peace and stability.

It also reassured its social partners that TUC would continue to work with them to address the multiplicity of challenges that faced the country, especially during the period of economic recovery.

“It is our fervent hope that in the spirit of social partnership, we will deal with challenges in the pensions sector and work together to ramp up the COVID-19 vaccination programme. We urge the government, the political parties, the security agencies, and the media to work towards de-escalating the tensions at Ejura and other parts of the country.”

“We must collectively sustain peace in Ghana for economic and social development,” the statement concluded.