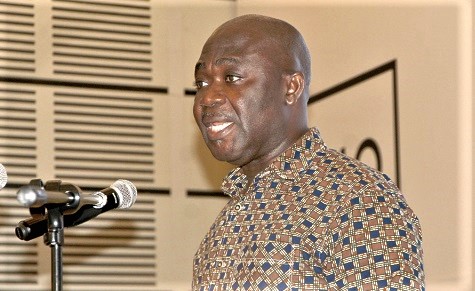 The Trades Union Congress (TUC) has advised the government and local assemblies to recognise waste management as an essential service which is critical to efforts at improving sanitation and cleanliness in the country.

It has, therefore, asked for the welfare of waste management workers, including those in the informal sector, to be improved by providing them with the necessary protective clothing and equipment, as well as for them to be paid above the national minimum wage of GH¢365 to boost their morale.

Speaking at the C40’s Inclusive Climate Action Conference on social dialogue in Accra last Tuesday, the Director of Research and Policy at the TUC, Dr Kwabena Nyarko, said: “Many places in the country are filthy, but if you think deeply about it, you will find that the filth is linked to many of the health issues we have in this country.”

“Endemic diseases, such as malaria, cholera and typhoid, are linked to filth, for which reason we must recognise and make waste management an essential service and ensure that workers are properly remunerated,” he added.

Participants at the conference included informal waste sector workers who were usually under-represented. They deliberated on ways in which they could participate in decision-making processes that affected their welfare.

The conference was organised by C40 Cities, in collaboration with the Green Africa Youth Organisation (GAYO), both non-profit entities, with the support of the Accra Metropolitan Assembly (AMA).

Dr Nyarko said in spite of the fact that metropolitan, municipal and district assemblies continued to give out lucrative waste management contracts to big companies, the condition of service of workers was nothing to write home about.

“In most cases, these workers work without appropriate protective clothing and equipment, with some of them collecting waste with their bare hands.

“They do all of this and at the end of the day they receive pittance, some as low as GH¢200 a month, a stain on the status of the companies and owners they work for,” he added.

In a speech read on her behalf, the Chief Executive of the AMA, Elizabeth Sackey, said informal waste workers played an important role in waste management in the country.

“Their work is important in improving sanitation in our communities and ultimately helping the city achieve its greenhouse emission reduction targets,” she said.

“It will ensure that the people who are usually under-represented but highly impacted by climate change and climate action in our communities are given the chance and the space to participate in decision-making processes,” she said.