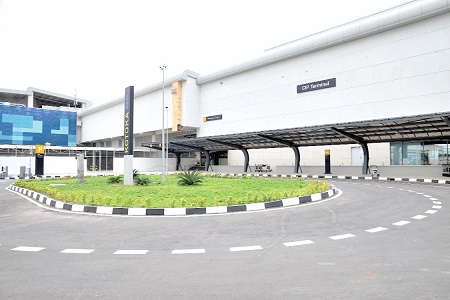 A view of the CIP Terminal of the Kotoka International Airport. Picture: Emmanuel Quaye Follow @Graphicgh

Travellers to Ghana have called on the Ghana Airports Company Limited (GACL) and the government to provide an improved medical support system to effectively deal with emergencies at the Kotoka International Airport (KIA).

The call follows the death of a middle-aged man at the airport moments after arriving in the country from the USA last Friday.

“It is sad that there is no effective medical emergency response at the airport. A prompt and efficient response could have saved this man. We arrived on the same plane, and before we could complete the arrival process, he had passed away and there was no efficient help,” a passenger said.

“If there is an emergency unit within the airport and there is no urgency attached to it, then there is the need for serious improvement. Every minute in an emergency situation, particularly with respiratory situations, is critical. Unfortunately, that did not happen for him,” another passenger said.

“Despite it being an emergency with breathing challenges, there was no first aid kit readily available; there was no defibrillator nor oxygen and there were no medical persons.

“The man felt uneasy and was helped with a wheelchair, but within minutes he had passed away.

“We kept shouting for help and a medical assistant and a nurse showed up with as much as a medical bag that did not have the required emergency medical kits,” another passenger, who said she had sat on the same aisle with the deceased, alleged.

Last Saturday, the management of the GACL, in a statement, confirmed that a middle-aged male passenger who had arrived from the US had passed on.

It said the deceased had arrived at the KIA on board a United Airlines from the Dulles International Airport, Washington, DC, in the company of relations.

“The passenger was reported to have complained of tiredness and had difficulty in breathing. He was subsequently offered a wheelchair by the ground handler.

“He became unconscious at the arrival hall and received medical attention, but was unresponsive. He was conveyed to the Airport Clinic for attention and he subsequently passed on.

“In line with protocols, the Airport Police Station was immediately informed,” it said.

Beyond the statement, officials contacted for further briefing declined any further comment, saying the police had been informed and that the GACL’s emergency response to medical issues met the standards.

The scene at the arrival hall was a solemn and emotional one as passengers who had disembarked on the same flight with the deceased expressed shock at the turn of events.

“The way it happened is so sad and surreal. Life is really the breath you have at every point,” one passenger said.

It took an effort to get the shell-shocked family members who had travelled with the deceased to leave the arrival hall with their luggage.