The founder of Groupe Nduom, Dr Papa Kwesi Nduom has described the fire that destroyed a portion of his property located on the premises of the Coconut Grove regency Hotel in Accra as his most difficult challenge as an entrepreneur.

The blaze which occurred late Saturday destroyed the studios of Amansan Television (A TV), BTA, parts of the GN Bank and the Gold Coast Fund Management but Nduom in a post on Facebook on Monday morning said all the companies have resumed operations.

It is the second major disaster to hit Dr Nduom's businesses this month after the roofing at the Papa Kwesi Nduom Stadium was ripped-off following a heavy storm in the capital city of the Central region, Cape Coast. 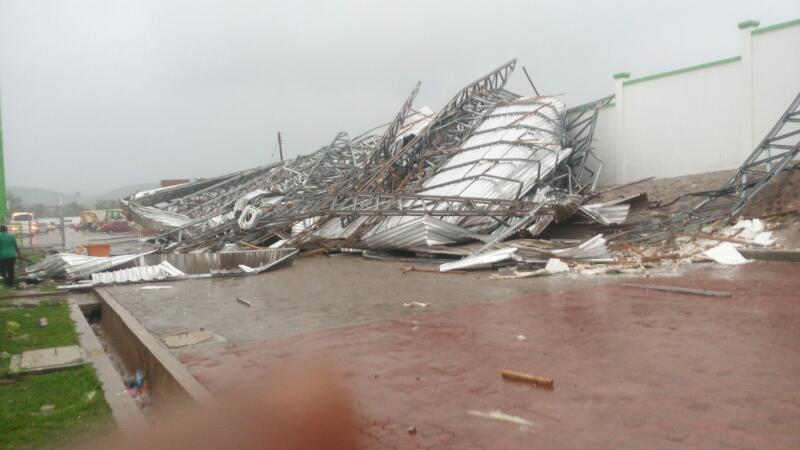 Wreckage of the Nduom Stadium

Dr Nduom also took a swipe at the Ghana National Fire Service, calling for reforms to state institutions and their attitude to working with urgency when confronted with problems.

He also expressed gratitude to God, his amazing team of management and staff as well as all well-wishers.

Dr Nduom, a business consultant and leader of the Progressive People’s Party (PPP) recently told Forbes Africa Magazine that he lost $2 million in a day.

The Corporate Affairs Manager of Groupe Nduom, Richmond Keelson says an audit of the wreckage is yet to be completed to ascertain the financial losses resulting from the blaze. 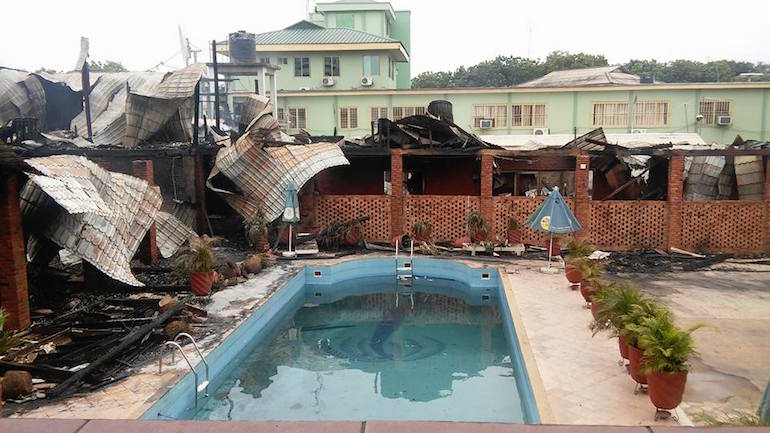 Aftermath of the Coconut Grove blaze

Tons of Gratitude, with a Heavy Heart.

As far as my faith will take me, I give thanks to God. This has been one of the most difficult months for me as an entrepreneur ever and for my family.

Still we stand ready to keep moving on, positively. We owe our ability to do this to many, many well-wishers from near and far who encourage us and support our enterprises. I am thankful for our loyal customers and business partners who have gone beyond their personal interests to stand by us no matter what.

We have an amazing team of management and staff. The teamwork they have demonstrated to ensure that the Regency Hotel fire challenge is overcome quickly has been wonderful to observe. They are living the Spiritual Guidance we teach all our employees:

“For the Spirit God gave us does not make us timid, but gives us power, love and self-discipline.”

“For I know the plans I have for you,” declares the Lord, “plans to prosper you and not to harm you, plans to give you hope and a future.”

I am grateful to government officials, friends, politicians from all political parties, religious leaders, business men and women and others for their encouragement and concerns.

I have a heavy heart because though accidents do happen, this fire should not have caused so much damage and destruction. We have a lot to do to reform our state institutions and attitude to working with urgency when we are confronted with problems.

First Digital TV is back on air and ATV and BTA are broadcasting. The affected GN Bank and Gold Coast Fund Management branches will be open today for business next door. Our customers’ funds and data are safe. Our disaster recovery procedures have worked well. We are awake to the need to continuously take preventive measures to protect life and property.

Our Groupe Nduom spirit is well and alive.

I am grateful for the prayers, good wishes and encouragement.

God bless all of us.