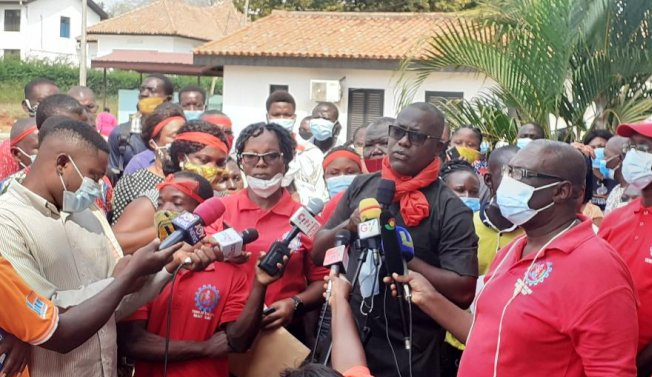 The National Leadership of Teachers and Educational Workers’ Union (TEWU), in consultation with the Local Executives of the Public Universities have resolved to suspend the nationwide strike which was in demand for some conditions of service.

This was in a joint statement signed by Mr Mark D. Korankye, the General Secretary of TEWU and Mr Ambrose Yao Kwadzodza, the National Chairman of TEWU.

"We have come to an agreement with government on the issues we presented and therefore there is the need to suspend the strike for now," the statement said.

The Union has therefore called on its members on the various University campuses to resume work Tuesday, January 19, 2021 while leadership continued to engage with government for the implementation of the agreement on their condition of service.

The Union in all the public Universities across the country on Wednesday January 13, laid down their tools due to delays in finalizing their conditions of service.

According to TEWU, the Fair Wages and Salaries Commission had failed to conclude negotiations with the Union, following the Union’s engagement with the Commission in June 2019 on the review of the Conditions of Service for Unionized Staff of the Public Universities which expired in 2008.

Following the declaration of the industrial action by members of TEWU of Public Universities, the Ministry of Employment and Labour Relations represented by Mr Ignatius Baffour Awuah convened an emergency meeting on Wednesday, 13 January, to delve into the outstanding issues.

The engagement was said to be cordial and productive, while both sides exhibited considerable goodwill in the course of the deliberations.

The parties agreed that TEWU would meet its local executives from the various public universities on Thursday, January 14, to share the details of the outcome of the meeting with them and revert to the Government on decisions reached by Friday, January 15, 2021.