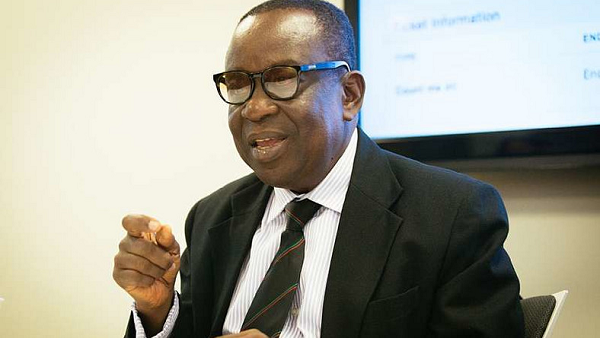 The National Security Ministry is launching a Citizen Education Campaign to help raise awareness and alertness on a possible terrorist attack in Ghana.

Dubbed "See something, say something", the campaign is to educate the citizenry to report any suspicious activities related to terrorism to the security agencies.

The "See something, say something" campaign is part of efforts to help deal with the terrorists threat in the West African sub-region.

This means any person who notices anything unusual about the security situation, should inform the various agencies by dialing 999 (toll free) or use any of the security agencies phone numbers or social media handles.

For those who don't want to be identified for fear of being labelled as snitchers, the complaints can be lodged anonymously too, the security agencies have announced. You can as well report to assembly members, District Chief Executives, chiefs, opinion leaders, presiding members and community leaders.

Watch a LIVE video from the launch below

Terrorists recently killed 10 soldiers in neighbouring Togo on May 11, 2022.

About 15 assailants were killed during the “terrorist” attack last week in the north of Togo that also killed the 10 soldiers.

Togo’s troops have been deployed in the north of the country to contain a security threat pushing south from Mali, Burkina Faso and Niger where groups linked to al-Qaeda and ISIL (ISIS) operate.

Within the first quarter of 2022, the African continent has experienced about 346 terrorists attacks in various countries.

Out of these, 49 per cent of them have occurred in the West African sub-region.

"This clearly indicates that the sub-region has become a hotbed for terrorism", the Deputy National Security Coordinator in Ghana, Edward Asomani has said.

"And as the Akan proverb rightly say, when a neighbour's house is on fire, you prepare. We are not insulated from those attacks and therefore we think Ghanaians should be aware," he said at a press briefing in Accra Sunday afternoon [May 22, 2022].