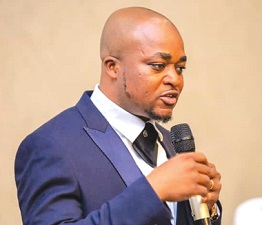 The Tema Metropolitan Chief Executive (MCE), Yohane Armah Ashitey, is courting the support of industries within the metropolis to revive the dynamism of the Tema city and rebuild it for inclusive growth.

He said the present haphazard development which has seen unauthorised structures scattered across the city, coupled with deteriorating infrastructure of health facilities, public schools and other associated challenges with for example sanitation, require a partnership with industry to reinvest equitably to enhance the outlook of the city.

Addressing Chief Executive Officers (CEOs) drawn from public and private enterprises within the Tema metropolis as well as captains of industry at an event, dubbed, “The Tema Mayor’s Ball” at the Alisa Hotel in Tema recently, Mr Ashitey said the present condition of the city required that the assembly set new partnership targets in order to remove barriers to economic opportunities the city holds for people.

The event has been instituted by the MCE as part of his vision to engage all stakeholders for his ‘Make Tema Shine Again’ project by refurbishing, improving and upgrading deteriorated city infrastructure across all key sectors by leveraging on strategic relationships and sustainable partnerships with industry and corporate Tema.

It was thus a gathering to solicit their support to expand the infrastructure to meet the growing population while beautifying the community as well.

The event was attended by representatives from the Association of Ghana Industry (AGI), the Ghana Chamber of Commerce and Industry (GCCI), the port community, traditional leaders as well as religious and faith-based organisations.

Also in attendance were the Municipal Chief Executives for Ashaiman, Tema West and Adentan, as well as a member of the Council of State, Enoch Tetteh Mensah, the former MP for Tema Central, Kofi Brako and the current MP, Yves Nii Noi Hanson.

With many of the city’s road infrastructure in deplorable state, coupled with the haphazard siting of many temporary structures, Mr Ashitey in pursuing the “Make Tema Shine Agenda” explained it sought to create an opportunity for better coordination with industry across the thematic areas where institutions would be encouraged to adopt a project within the areas the assembly is seeking to improve upon.

He said most of the drainage and sewerage systems presently were choked, causing causes periodic flooding in certain parts of the city anytime it rains.

Additionally, streetlights on all major roads do not light up at night.

Mr Ashitey, making a pitch to the players at the event, said whereas the city offered an influx of opportunities to people, sewage challenges have come to stay with it over the years causing the town to lose its shine.

Many of the city’s health facilities, particularly the Polyclinics that provide primary health care to people, he also stressed, were in very deplorable conditions and lacked the basic health delivery tools to operate effectively.

Similarly, plastic waste menace, he said, has impacted heavily on the artisanal fishing industry affecting the livelihoods of many of the indigenes in the community, with strategies implemented by the assembly in the past not yielding desired results in curtailing the persisting challenges as a result of inadequate financial resource.

Throwing more light on his initiative, the Mayor also highlighted present numerous investment opportunities which the business community and investors could venture into and reap enormous returns.

Mr Ashitey said whereas the assembly has in place an internally generated funds (IGF) mechanism, the challenges the city faced could not be solved by the IGF at its disposal considering its insufficient nature.

“I will therefore want to appeal to corporate organisations and industries within the city to redefine their Corporate Social Responsibly (CSR) programmes to include support for the rebuilding of health infrastructure, education, security among others,” Mr Ashitey said.

By the definition of CSRs, the Mayor said the Assembly would present proposals on projects that needed immediate attention to the companies so they would in turn execute them on behalf of the assembly.

“We are not asking that you give us money to execute the projects. Rather, we will prefer that companies will do their own project financing and implementations so the assembly could be presented with a completed project. We will be happy if industry will go along with our tagline of which is: One Agency, One Project,” Mr Ashitey appealed.

He also announced that the assembly, as part of the initiative, would commence the removal of temporary and illegal structures along the entry points into Tema to pave way for the greening of the environments through the planting of trees and landscaping to improve on the city’s adaptation.

A Deputy Minister of Trade, Michael Okyere Baafi, in his remarks, said economic growth was significantly hinged on industry’s investments into the economy.

He noted that whereas times might be hard as a result of the economic challenges facing the country, the initiatives taken by the assembly were worth supporting.

“It is important as Captains of Industry to support the laudable initiative by the assembly which will also go to create a positive impact on your businesses,” Mr Baafi counselled.

The MCE for Adenta, Alex Adumoah, who deputised for the Greater Accra Regional Minister, Henry Quartey, bemoaned the indiscipline which has characterised most cities in the region, thereby derailing efforts in rebuilding them to fit into modern and resilient cities.