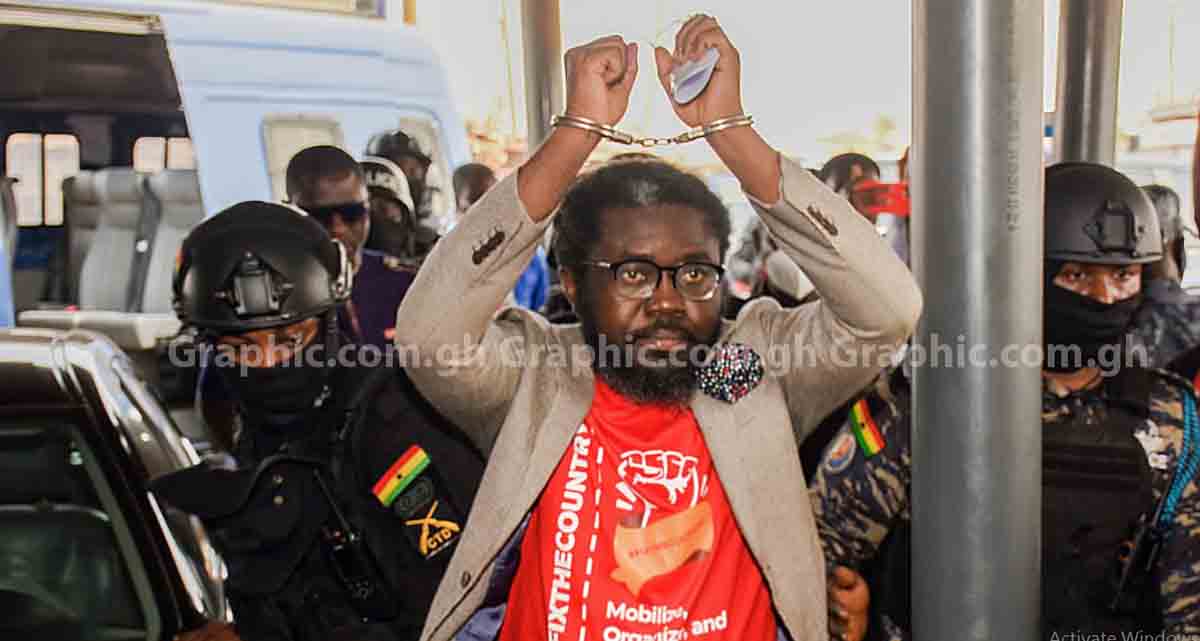 The Tema High Court has dismissed a habeas corpus application by Oliver Mawuse Barker-Vormawor who has been charged with treason felony and is currently in police custody.

He is expected to reappear at the Ashaiman District Court on February 28, 2022.

A habeas corpus is a writ issued by a court directing one who holds another in custody to produce the person before the court for a specified purpose.

Graphic Online's reporter in Tema, Della Russel Ocloo reports that the legal team for Barker-Vormawor led by Professor Raymond Atuguba had filed a habeas corpus application at the Tema High Court for the Inspector General of Police (IGP) and the Attorney-General to appear before the court to justify the continued detention of Barker-Vormawor.

But the Tema High Court, presided over by Justice Daniel Mensah on Thursday, February 17, 2022, held that the application for habeas corpus had failed so far as there have been an intervening event of Barker-Vormawor being presented before a District Court of which a bail application had been refused.

“Counsel should rather follow the advice given by the District Magistrate in her ruling on the earlier application for bail to either appeal against the decision of the district court or repeat the application at the high court,” Justice Mensah said and refused the habeas corpus application.

This was after Dr Justice Srem-Sai moving the motion had argued that the District Court having expressly declined jurisdiction, meant the accused should be taken to a court of competent jurisdiction, however, the police are in a habit of being cynical in detaining persons found to have offended the law for their own pleasure.

“Whereas the constitution has given them power to perform their duty, the same constitution has put limitation on that power and they ought to respect it,” he said, arguing that the police and the respondent ought to be made to show course why they should continue to keep the accused without any court order and without any attempt to take him before a court of competent jurisdiction.

While the Tema High Court wondered why the legal team decided to move the habeas corpus application, when they knew the whereabouts of the accused, Dr Srem-Sai on the other hand maintained that the detention was unlawful since there is no court order to that effect which could have given the legal team to apply for a certiorari or any other application.

“If the court had made an expressed order to detain the accused for a number of days, they would have gone to the High Court to seek redress,” he said.

Records in the case, Dr Srem Sai said showed that there was no order for detention or continuous detention, hence the submission that the detention was unlawful and has no judicial blessing. 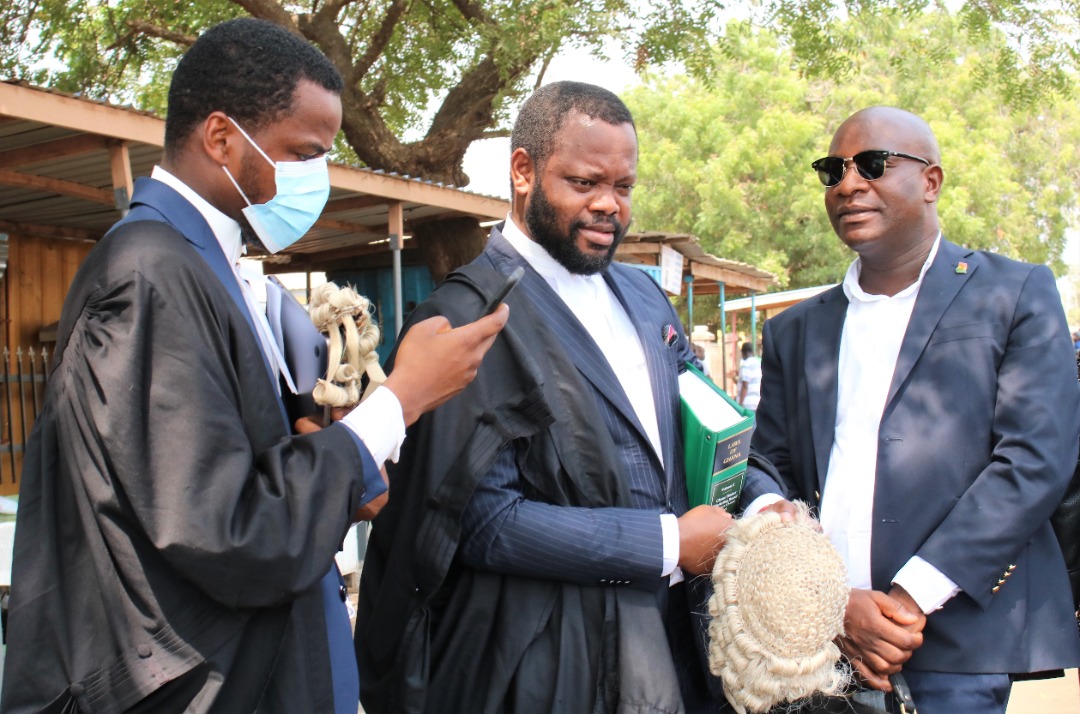 PHOTO: Dr Srem-Sai (middle) and some members of Barker-Vormawor's legal team leaving the court after the proceedings on Thursday. PICTURE BY DELLA RUSSEL OCLOO

Barker-Vormawor, a convenor of the #FixTheCountry Movement was arrested on Friday, February 11, 2022 at about 5pm upon arrival from London over a Facebook post he allegedly made suggesting that, he would stage a “coup” if the electronic transaction levy (E-Levy) which is currently before Parliament for consideration is passed into law.

The police had initially charged him for offensive conduct conducive to the breach of the peace, but the charges were changed to treason felony when he appeared before the Ashaiman District Court on Monday, February 11, 2022.

In a related development, the police on Thursday conducted searches at the residence of Barker-Vormawor at Pokuase near Accra and Achimota as part of investigations into the case.