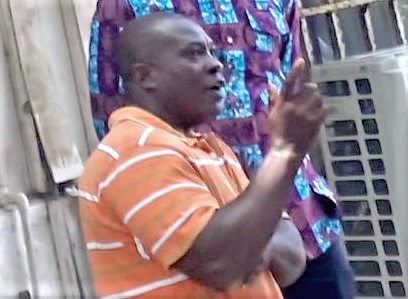 An Accra Circuit Court has convicted a 48-year-old electrical technician for interfering with the supply distribution system and meters belonging to the Electricity Company of Ghana.

The convict, Henry Teye Adjirackor, was convicted on his own plea on the charge of intentionally interfering with the supplier’s distribution system, meters or any equipment contrary to the Electricity Supply and Distribution (Technical and Operational) Rules, 2005 Legislative Instrument (L.I) 1816, when he appeared before the court yesterday.

The court, presided over by Bright Samuel Acquah, sentenced Adjirackor to a fine of GH¢ 5,400.

In default of the fine, he will spend 18 months behind bars.

He has, however, pleaded not guilty to three other string of charges, including conspiracy and stealing meters or any equipment contrary to the Electricity Supply and Distribution (Technical and Operational) Rules, 2005 Legislative Instrument (L.I) 1816 and granted bail on three other charges.

His other accomplice, Daniel Abban, is currently on the run and a bench warrant has been issued for his arrest.

Counsel for Adjirackor, Lambert Keriba, in his application for bail told the court that his client was a responsible and law abiding citizen who had a fixed place of abode with his family.

The suspect, his client said was not a flight risk and would avail himself for the trial till the final determination of the matter.

However, the ECG prosecutor, Paul Abariga, in his response said the application for bail was moot since the suspect had already pleaded guilty to one of the charges.

After listening to both sides, the presiding judge, granted the suspect bail on the three other charges.

The sureties must be living within the jurisdiction and earning not less than GH¢ 1,000 monthly.

Narrating the facts of the case, the prosecutor said the complainant in the case was a staff of ECG while the accused persons claimed to be working with Electro-Meters.

During the month of June, 2022, he said the complainant together with other staff from the Korle-Bu District were on their normal exercises to check on illegal connection and non-functioning meters.

In the course of the exercise, Mr Abariga said the complainant detected that some meters used by the customers were stolen meters.

Such meters, he said, were disconnected and the users were asked to report at the ECG Office, adding that it was there that the accused persons were mentioned as the source of their supply.

“According to the witnesses the meters were sold to them at a price ranging from GH¢650 to GH¢ 700.

“Both accused were identified and arrested by the police, and in their caution statement both admitted the offence and stated that the meters sold to them were disposed off at the Tema Regional branch of ECG and sold to scrap dealers at Abgogbloshie,” the prosecutor told the court.

Mr Abariga added that investigation revealed that the said meters were stolen meters which were not from the Korle-Bu District.

“It is also revealed that the original meters numbers were covered by another one which the customers used in buying their credit.

“In some instances, the accused persons after selling and installing the stolen meters, used the details of the new number to activate them for the respective customers,” the prosecutor added.