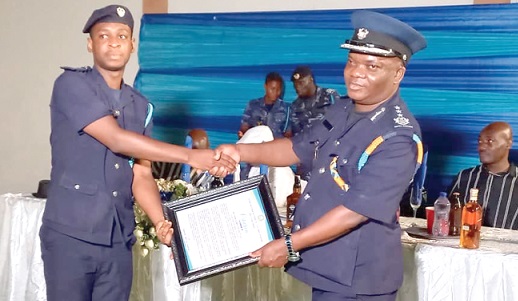 The Customs Division of the Ghana Revenue Authority (GRA), Tamale collection, exceeded its 2021 revenue collection target of GH¢129 million by more than 500 per cent.

The division collected GH¢348 million in the year under review.

With regard to imports revenue, the division for the first time raised a total revenue of GH¢35 million as against the GH¢ 5.2 million import revenue target.

It also raked in about GH¢319 million in petroleum revenue as against a target of GH¢123.95 million.

Speaking at the division's end of year get-together and awards ceremony in the metropolis, the Tamale Sector Commander, Assistant Commissioner of Customs, Raphael Owurani-Bediako, attributed the feat to the collective effort and hard work of the staff who he said employed innovative ways to raise the revenue.

He, however, said the area had one of the most difficult tax compliant public, including porous and unapproved routes which were impeding revenue collection.

Notwithstanding the challenges, the commander said: "The combined efforts of the affable management team, dedicated and enthusiastic staff officers and myself were able to set this enviable record".

Mr Owurani-Bediako also acknowledged the efforts of various sister security agencies such as the Ghana Immigration Service, the Ghana Police Service, the Military, the NIB, among others, who supported them to track revenue leakages in the system.

"The collection deems it fit to celebrate this achievement to motivate our officers and men, boost our morale and also encourage staff to work harder in the task ahead to achieve our target for this year, " he said.

The General Officer Commanding (GOC) the Northern Command of the Ghana Armed Forces, Brigadier-General Moses Mohammed Aryee, commended the officers and men for their hard work and reminded them of their role in contributing to the growth of the country.

He expressed his outfit's commitment to continue to support the division to enable them to mobilise more revenue for national development.
Awards were presented to both junior and senior officers for their efforts.