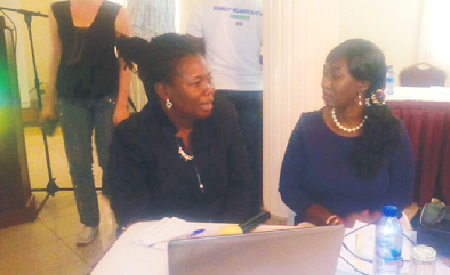 A gender-based survey, which sought to gather information on the current gender gaps and disparities in terms of Technical and Vocational Education and Training (TVET) in Ghana recorded a decline in enrolment in that sector, an international Gender and Social Development consultant, Ms Patience Agyare-Kwabi, has said.

According to her, her outfit in November last year undertook a survey for the Council for Technical and Vocational Education and Training (COTVET) in four regions across the county which revealed dwindling enrolment in the technical and vocational education sector.

She made the announcement in Accra at a gender capacity-building workshop which sought to brainstorm the way forward in addressing gender mainstreaming.

“Statistics available at the educational management and information system for 2015 indicates a decline of almost 10,000 enrolments in TVET.

“…And again this was confirmed by the baseline survey we conducted in November 2016 in 12 districts in the Brong Ahafo, Upper East, Upper West and Northern regions. It is something that should be worrying to all of us,” she said.

Ms Agyare-Kwabi, therefore, appealed to the government to collaborate with COTVET to put up pragmatic measures to salvage the situation.

Moving forward, she underscored the need for the government and the Association of Small Scale Industries to come together and find pragmatic ways to sustain technical and vocational education in the country, saying “that sector is the hub of our country’s economic development.”

Ms Agyare-Kwabi, who acknowledged some youth initiatives implemented by governments to address youth unemployment in the country, however, said that notwithstanding, financial constraints to buy equipment by most of the trainees had continued to create unemployment among the youth.

“Some assumed that it was cheaper in enrolling the youth in technical education but that is not true. Everybody who goes into TVET needs maximum support from the government and their parents to address their equipment challenges,” she said.

For her part, the Coordinator of Gender and Persons Special Needs at the COTVET, Ms Clara Tigenoah, said the survey was to guide them in ensuring equity in their operations.

“Our mandate is to coordinate and oversee all aspects of TVET in the country and to provide for related matters,” she stated.