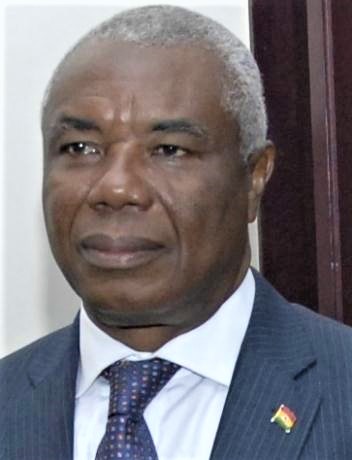 The Supreme Court has affirmed a legal provision which makes it mandatory for taxpayers dissatisfied with a tax assessment by the Ghana Revenue Authority (GRA) to pay 30 per cent of the tax before challenging its legality.

In a unanimous decision at the sitting in Accra yesterday, the seven-member panel of the apex court dismissed a suit filed by one Richard Amo-Hene challenging the constitutionality of the said law.

Known as the “pay now, argue later” rule, Section 42(5) (b) of the Revenue Administration Act, 2016 (Act 915) stipulates that before a taxpayer can challenge a tax assessment by the GRA, the person must pay at least 30 per cent of the tax in dispute.

It specifically states that “an objection against a tax decision shall not be entertained unless the person has in the case of other taxes, paid all outstanding taxes including 30 per cent of the tax in dispute.”

The highest court of the land also upheld a High Court rule similar to Section 42(5) (b) of Act 915 which makes it mandatory for a person seeking to appeal a tax decision by the GRA at the High Court to pay at least 25 per cent of the tax before initiating a legal action.

In a 6-1 majority decision, the Supreme Court dismissed the plaintiff’s reliefs seeking a nullification of Order 54 Rule 4(1) (2) of the High Court (Civil Procedure) Rules 2004 (C.I47) as unconstitutional.

Order 54 Rule 4(1) (2) of C.I 47, states that “an aggrieved person who has filed an appeal against an assessment decision or order of the Commissioner under rule 1 of this order shall, pending the determination of the appeal, pay an amount not less than a quarter of the amount payable in the first quarter of that year of assessment as contained in the notice of assessment.”

The above provision means that if one is dissatisfied with a decision of the Commissioner–General of the GRA in relation to taxes, he can only appeal that decision at the High Court if he or she had paid at least 25 per cent of the tax in dispute.

The plaintiff was of the contention both Section 42(5) (b) of Act 915 and Order 54 Rule 4(1) (2) of C.I 47 were unconstitutional because they impeded access to justice and violated the right to fair trial for persons aggrieved.

The suit was against the GRA, the Attorney-General and the Judicial Service. 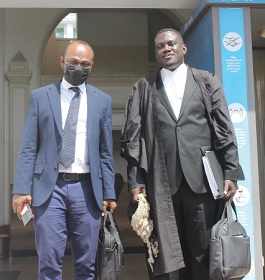 Delivering the judgment, Justice Jones Dotse, who presided over the panel, said the court had unanimously dismissed all the reliefs by the plaintiff which was seeking a nullification of Section 42(5) (b) of Act 915.

With the reliefs challenging Order 54 Rule 4(1) (2) of C.I 47, Justice Dotse said the court dismissed it in a 6-1 majority decision, with Justice Gabriel Pwamang dissenting.

The court did not immediately give reasons for its decision but said that it would be filed at the Registry of the court by December 15, 2022.

The legal team of the plaintiff, led by Theophilus Tawiah, had submitted before the court that making it mandatory for a taxpayer to pay part of a tax imposed by the GRA before challenging it was a hindrance on the taxpayer to access justice and, therefore, unconstitutional.

The 1992 Constitution, the plaintiff argued, guaranteed the right to fair trial and also stipulated that a person was presumed innocent until proven guilty.

It was the case of the plaintiff that Section 42(5) (b) of Act 915 and Order 54 Rule 4(1) (2) of C.I 47 had removed the presumption of innocence guaranteed by the 1992 Constitution and also made it virtually impossible for a taxpayer to challenge a decision by the GRA.

“These provisions have inhibited a person’s right of access to court, participation in the administration of justice and the presumption of innocence until proven guilty, hence inconsistent with the Constitution,” the plaintiff argued.

The plaintiff further argued that the two provisions defeated the concept of equality before the law because it meant a person without the resources to pay the 30 or 25 per cent of the tax liabilities would not have the opportunity to exercise his or her constitutional right to justice and a fair trial.

“The simple effect of the law is that before a taxpayer can access justice in Ghana, the taxpayer must obey the law. If the person fails to comply, the appeal shall be dismissed. In much brevity, no 30 per cent or 25 per cent of disputed tax, no hearing,” the plaintiff contended.

In its defence, the GRA argued that Section 42(5) (b) of Act 915 was not cast in stone because the law allowed the Commissioner-General of the GRA to waive it.

The GRA also submitted that taxes were the lifeblood of the country and, therefore, it was important for measures to be put in place to enable the state to adequately collect taxes.

“A person becomes a debtor to the state immediately payment of taxes becomes overdue. Moreover, a taxpayer is at liberty to seek a waiver, variation or suspension of the 30 per cent part payment of the tax in dispute,” the GRA argued.