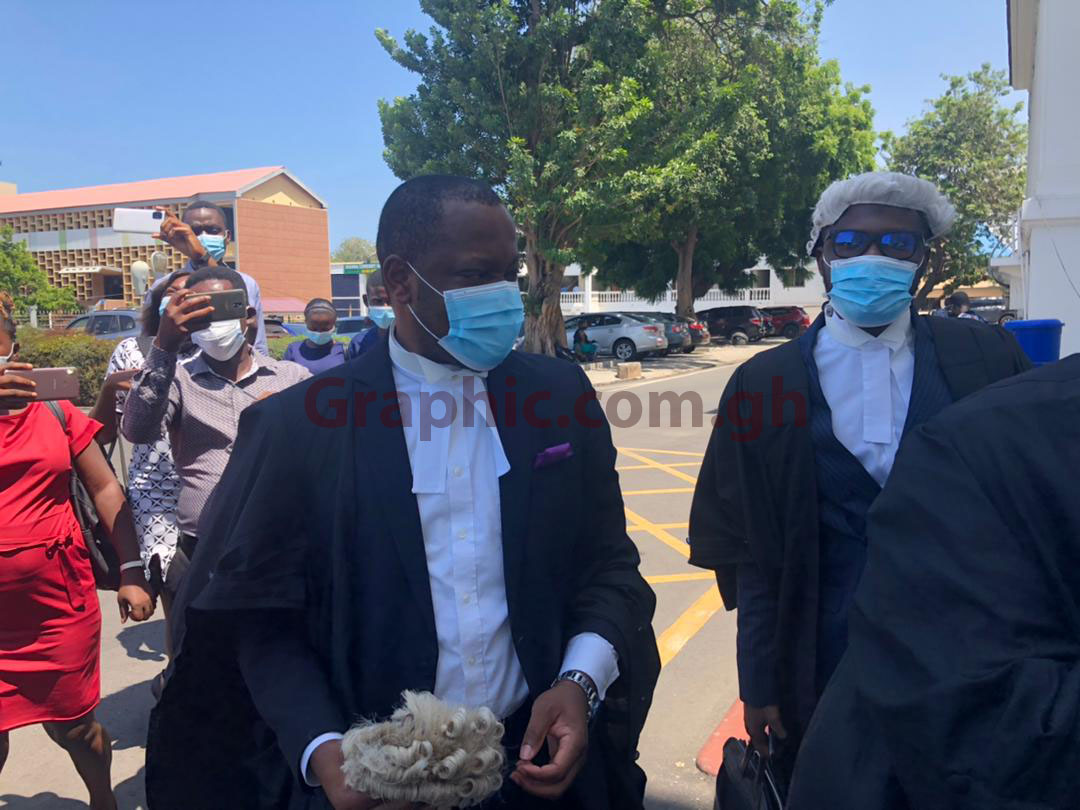 Justice Srem-Sai (left) lawyer for the #FixTheCountry movement leaving the Supreme Court after the ruling on Tuesday. Follow @Graphicgh

The Ghana Police Service says the ruling by the Supreme Court on the #Fixthecountry protest does not give clearance for its conveners to organise any demonstration.

According to the Police, the substantive case between the group and the Police was still pending at the High Court and scheduled to be heard on Monday, June 14, 2021.

It has therefore advised the public to disregard any calls to participate in any demonstration organised by the conveners of the “Fix the Country” protest which does not comply with the provisions of the Public Order Act. 1994 (Act 491).

The Supreme Court on Tuesday quashed an earlier order by the Accra High Court on May 6, 2021, which restrained the protestors from embarking on any demonstration.

In a unanimous decision, a five-member panel of the court held that the High Court exceeded its jurisdiction by making the order to last indefinite.

Following an ex parte application by the Accra Regional Police Command, on May 6, this year, the Accra High Court prohibited the FixTheCountry Movement from embarking on a demonstration slated for May 9.

According to the court, presided over by Justice Ruby Aryeetey, the prohibition order would be in place until the restriction on public gathering was lifted.

However, in its ruling, the Supreme Court held that per Order 25 rule 9 of the High Court (Civil Procedure Rules ), 2004, C.I 47 , a restraining order secured through an  ex parte application should last for 10 days.

It was the considered view of the apex court that for the High Court to have directed the prohibition order to be in place until the ban on public gathering was lifted meant the order was indefinite.

According to the court, the High Court exceeded its jurisdiction by going beyond the 10 day-threshold as stipulated by C.I 47.

In a response to the ruling, the Police in a statement issued on Tuesday said the ruling by the Supreme Court does not give clearance for the conveners to organise any demonstration since the substantive case between them and the Police was still pending at the High Court.

It said, “The Supreme Court quashed an earlier Order granted ex parte by the High Court on May 6 2021, restraining the conveners of the "Fix-the-Country" protest from embarking on a public demonstration. The decision of the Supreme Court was based on the indefinite terms in which the ex parte Order was made.”

“However, the Supreme Court refused to restrain the Ghana Police Service or their agents, assigns, workmen or workwomen from unlawfully interfering with the constitutional right of the conveners of the "Fix-the-Country" protest from embarking on a public demonstration,” it added. 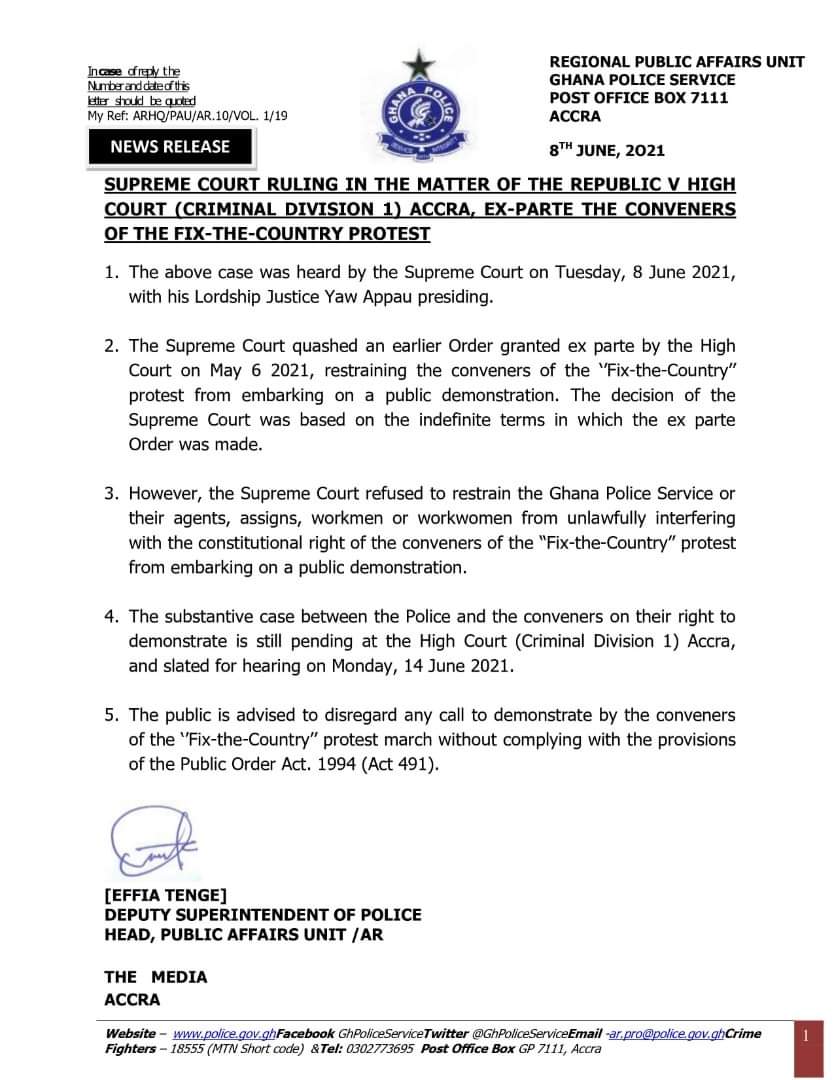