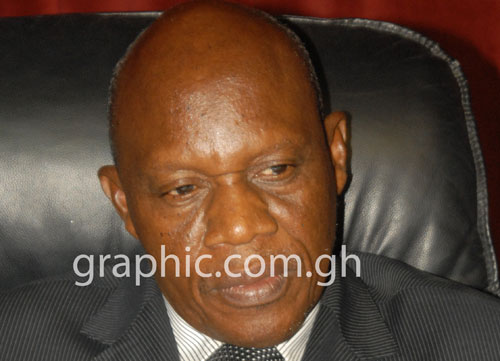 The Supreme Court has set out a mode for cross-examination of Dr Mahamudu Bawumia on the pink sheets in the election petition case.

The eminent panel of judges in a letter copied to all parties in the election petition case directed the counsel for the first respondent, Mr Tony Lithur to list all duplicated pink sheets and send an electronic version of the lists to the court and to the petitioners.

In the letter signed by the presiding judge, Justice William Atuguba, the justices said the new method is to expedite the hearing of the petition.

Below is full letter

In order to expedite the hearing of the petition, the panel hereby directs that the cross-examination on the pink sheets be continued as follows:

1. Counsel for the 1st Respondent do list out the residue of the pink sheets in the manner here to be identified by him in his cross-examination of the 2nd petitioner which he claims were duplicated, in their mode and manner of generation and extent of their user by the petitioners for the purposes of proof of their petition.

2. The said list should be electronically served forthwith by counsel for the 1st respondent on all other parties.

3. At the resumed sitting on Monday, 22/04/2013 counsel for the 1st respondent may put the said list by way of further cross-examination to the 2nd petitioner for his response.

4. The said list can then be tended in evidence.

5. Counsel for the 1st respondent or any other party may bring along with him his or their copies of the pink sheets.