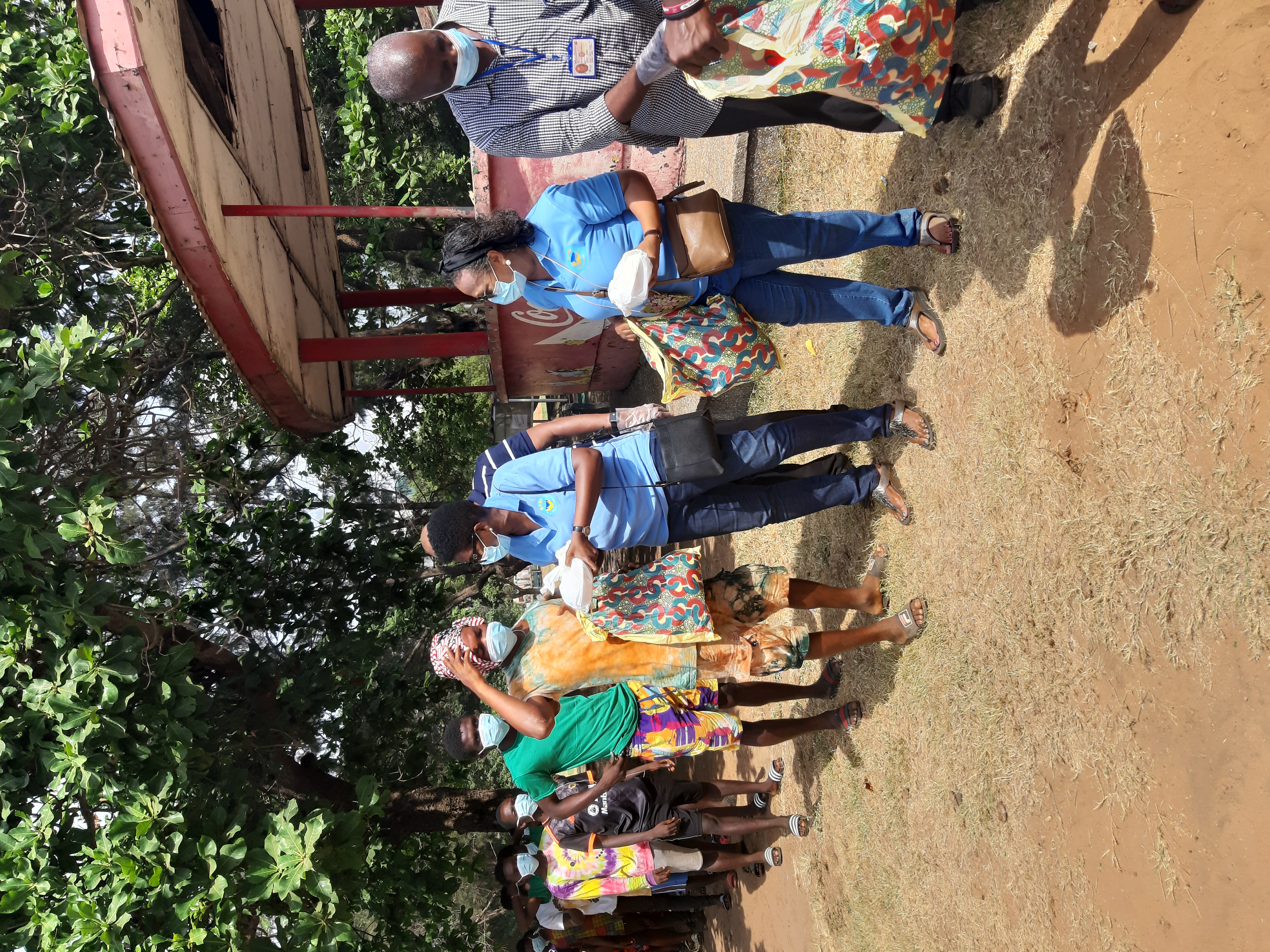 Mrs Adjoa Amana (3rd right) Director of EYEH Soup Kitchen handing over a gift package to one of the drug addicts, while the other beneficiaries wait for their turn. With her is Mrs Elizabeth Quashie-Idun, (2nd right) a Co-Director of the NGO
30.5k Shares

One hundred and fifty street children and drug addicts in Accra received a Christmas package of a hot meal and assorted items prior to the yuletide.

The items were donated by members of the Ghana Association of Former International Civil Servants (GAFICS), Max Mart, the United Nations Population Fund (UNFPA) and other individuals.

The group, most of whom live around the Tema Station, Opeibea House and Okponglo, all in Accra, are participants of a project titled ‘Enhancing Youth Education and Health (EYEH) Soup Kitchen” a non-governmental organisation (NGO) run by a group of retired female international civil servants and other career women.

One of the beneficiaries, 22 year-old Omar Abdul Majid expressed his gratitude to EYEH Soup Kitchen for their continuous support to the street children and the drug addict.

An addict himself, Majid said he dropped out of Senior High School during the second year, when his Liberian father died and his Ghanaian mother re-married.

Majid who said he lived with his father in Liberia, while his mother lived in Ghana explained that he relocated to join his mother after the death of his father, but soon realized that he was not welcome in the new household, so he now lives off his friends on the street.

“My desire is to go back to school and I hope to get that opportunity through the support of EYEH Soup Kitchen,” Majid said.

Mrs Elizabeth Quashie-Idun, Co-Director of EYEH Soup kitchen called on the relevant government bodies “to register this vulnerable group of people on the National Health Insurance Scheme free of charge, as they regularly suffer from many health continues due to the harsh conditions under which they survive.”

Mrs Adjoa Amana, also a Director of the NGO, said the aim of the project to assist the drug addicts by offering them other life choices and to also get many of the children off the streets.

She said they work together with the Department of Children of the Ministry of Gender, Children and Social Protection, CSOs and other bodies mandated to offer such social services.