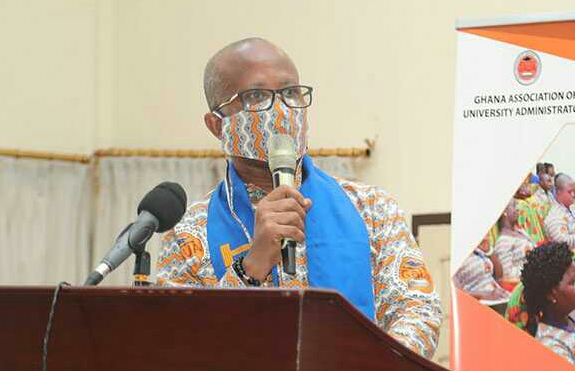 The Ghana Association of University Administrators (GAUA) has called for the discontinuation of the consideration and the passage of the Public University Bill currently before Parliament.

"We strongly state that the consideration and the passage of the bill must be discontinued,” it said.

A statement signed and issued by the President and the General Secretary of GAUA, Messrs Kwabena Antwi Konadu and Felix Adu-Poku, respectively, said the association was disturbed about the recent rhetorics and public discourse on the bill by the Education Minister, Dr Mathew Opoku Prempeh, some members of Parliament and a section of the media.

It said the association was part of the stakeholders who submitted memoranda and eventually met with the Parliamentary Select Committee on Education on the bill.

However, it said if recent discussions and the document GAUA had sighted as having been laid before Parliament for consideration was anything to go by, then it would not be wrong to conclude that the position of GAUA on the draft bill had not been considered as any useful input.

"As a critical group in university management and administration, we are extremely surprised, worried and disappointed about the deliberate attempt to sideline GAUA as a key stakeholder in university governance and operations.

“This could even be seen clearly in the composition of the proposed council, which has all the unions on our campuses representing, except GAUA," it added.

It further described the situation as "unfortunate, unfair, discriminatory and utmost disregard for GAUA", especially considering the fact that members remained the most critical group when it came to university governance and administration.

The statement said based on current developments and the content of the bill as laid before Parliament on December 15, 2020 for consideration, and recognising that the recommendations submitted by GAUA and other stakeholders had not been recognised, “we strongly state that the consideration and the passage of the bill must be discontinued”.

The bill proposes the appointment of a chancellor of a public university to be the responsibility of the President.

GAUA, in its proposal, among others, expressed the belief that the chancellor’s office was honorific and should be devoid of any political “colour”.

“We humbly submit that the appointment to that office should not be the responsibility of government,” it said.

GAUA counter-proposed that an arrangement whereby all the officers had the same term of office could be problematic, as it did not provide for the smooth transition of administration and could jeopardise institutional memory and continuity.

“In our view, the three-year term of office for a vice-chancellor is too short to actualise any meaningful vision. We suggest the four years, in the first instance, should be retained,” it stated.

GAUA said it was understood that a governing council was constituted by representation from “members of the university” and the public or civil society, which made the council very inclusive and diverse.

However, it noted that the composition of the governing council, as proposed in the bill currently, sought to take away the inclusiveness and diverse character and rather give the government absolute power and control over the governance of public universities.

“It seeks to disregard the role and place of other key stakeholders, including the alumni association, the staff associations and the Conference of Heads of Assisted Secondary Schools (CHASS), where the major raw materials for the university are produced,” the statement pointed out.

The controversial Public University Bill was read for the second time in Parliament last week.

The bill, made up of 56 clauses and five sections, was laid in Parliament by Dr Opoku Prempeh on November 3, this year.

It provides for the establishment, governance arrangements and management of a public university in the country.

The original bill was withdrawn last year after the Minority had kicked against certain provisions in it which stakeholders had claimed would undermine the autonomy and academic freedom of public universities in Ghana.

While the government has strongly defended the bill, touting the harmonisation and other reforms to improve intake, teaching and learning, many key stakeholders, such as the University of Ghana Chapter of the University Teachers Association of Ghana (UTAG) and the Students Representative Council (SRC), had expressed their misgivings about the bill following the failure of the government to undertake wider consultations with stakeholders.