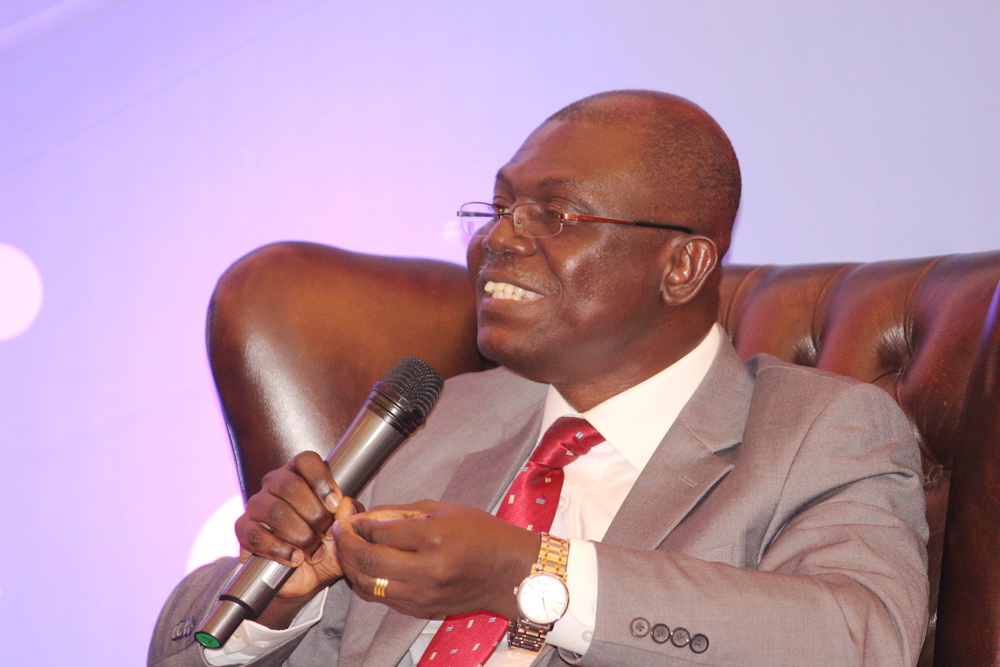 The execution of development projects during election years by successive governments has been identified as the major cause of the budget overruns or deficits that the country has experienced over the years, the Director of the Institute of Statistical, Social and Economic Research (ISSER) of the University of Ghana, Professor Felix Asante, has said.

Speaking at the Graphic Business/Stanbic Bank Breakfast Meeting series yesterday, Prof. Asante noted with concern that Ghana had always experienced budget deficits during election years as a result of the pressure from the electorate for projects in their areas and the pleasure of governments to please and woo potential voters.

Dwelling on the topic: “Election year budget: Implications for macroeconomic stability”, the Director of ISSER said while the electorate clamoured for projects in election years, governments also engaged in high spending in order to win more voters.

But  the Minister of Finance, Mr Seth Terkper, said although the pattern over the years had shown an increase in budget deficits during election years, other factors such as external shocks (for instance, the fall in commodity prices) had accounted for some of the budget overruns.

He said every deficit experienced by the country, especially in election years, had been attributed to high government spending, without giving the government the benefit of the doubt.

Suggesting ways to stop the budget overruns, Prof. Asante said “the government must remain firm in its commitments and must not get carried away by the pressure to spend”.

“Controlling expenditure in the last quarter will send good signals to the investment community and translate to increased investment and economic activity after elections.

Prof. Asante bemoaned the fact that six months to the 2016 elections, there had been inauguration of many projects, all of which required a lot of resources to implement.

He suggested the need for the government to spread the implementation of development projects over its full term, instead of waiting until the last few months to the end of its tenure before either embarking on or inaugurating projects, adding that  election projects were hurting the country very much.

“Hopefully, the passage of the Public Financial Management Bill (2016) will offer some respite to the managers of public finances from political pressure to spend,” he said.

Tracing the trend of high spending by various governments since 2000, Prof. Asante said studies had shown that it took three years to correct the economic imbalances as a result of deficits incurred in election years, only for the pattern to start again the following year.

He indicated that in 2000, many of the challenges faced by Ghana’s economy were caused by fiscal imbalances and excessive money supply, while in 2004 the challenges were as a result of high expenditure mainly due to unplanned higher wage bills, the payment of subsidies on petroleum products and the domestic debts of the Tema Oil Refinery (TOR), the Electricity Company of Ghana (ECG) and the Ghana Water Company Limited (GWCL).

He said in 2008, the government exceeded its revenue targets but its expenditure also outpaced its revenue mobilisation, while the economy experienced high food and crude oil prices on the international market.

He said the overrun in 2012 was due mainly to the repayment of domestic debt, personal emoluments and the payment of salary arrears and total investments, all of which contributed to the almost doubling of expenditure that year.

Prof. Asante cited another challenge faced by the Ghanaian economy during and just after election years as volatile exchange rates, with a semblance of restoration in the first or second year after elections.

Other challenges mentioned were inflation, the debt service ratio and the crowding of private businesses out of the financial market by the government as a result of excessive borrowing.

The Managing Director of the Graphic Communications Group Limited (GCGL), Mr Kenneth Ashigbey, said the topic chosen for the meeting was intended to discuss ways to resolve the phenomenon of recurring election year deficits.

He listed the three causes of the deficits as the desire of incumbent governments to retain power, the electorate’s desire to blackmail the government and the opposition’s desire to win the election at all cost.

For his part, the Managing Director of Stanbic Bank, Mr Alhassan Andani, said what had bedevilled the country was its economy during election years and expressed the hope that with such fora, external parties would be convinced about Ghana’s ability to separate the motions of the elections from the economy.