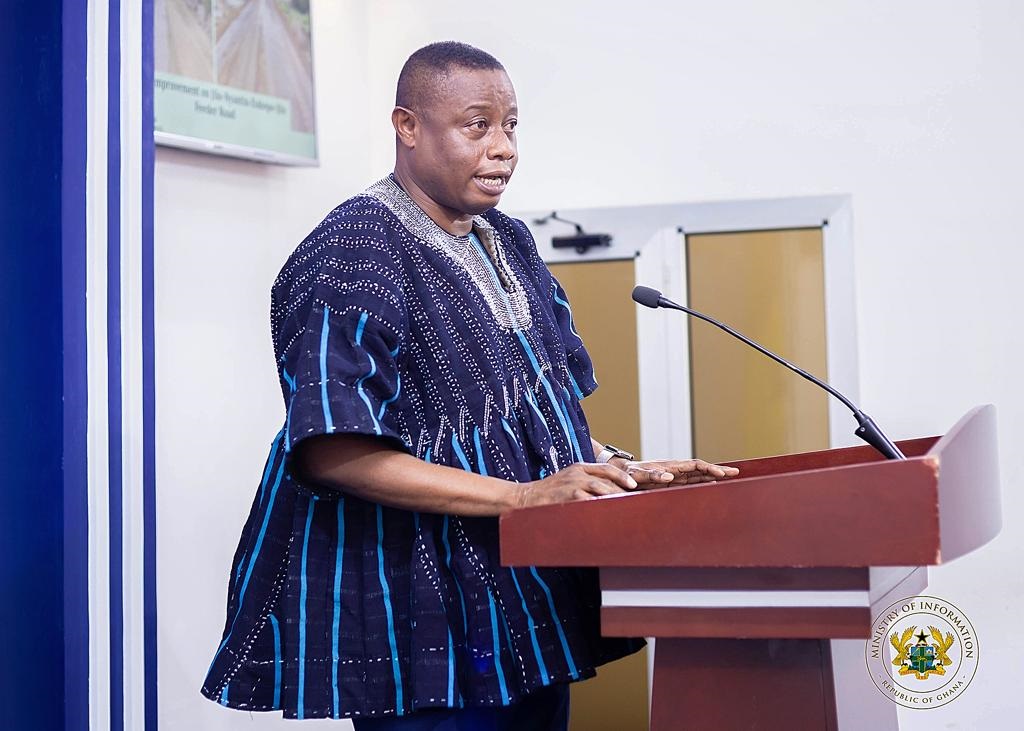 Many government projects in the newly created Savannah Region are at various stages of completion.

The projects, some of which commenced in 2017, are mainly in the areas of agriculture, education, health and transport.

The Savannah Regional Minister, Saeed Muhazu Jibril, gave an update of the works in progress in his region when he took his turn at the Meet-the-Press series organised by the Ministry of Information in Accra yesterday.

He stated that the region had been structured in a way that every district would benefit from developmental projects.

“In that case, we have decentralised most of our regional head offices, with the regional coordinating council located in Damongo, the capital of the Savannah Region.

“Savannah Region is the largest in the country in terms of land mass. This geographical situation has brought with it some challenges but significantly has also presented the region with very important comparative as well as competitive advantages, some of which include tourism, agriculture, natural resource availability and water bodies,” he said.

Mr Jibril said the region has had much improvement in terms of agriculture output, especially with the introduction of the Planting for Food and Jobs (PFJ) and Planting for Exports and Rural Development (PERD).

He said, for instance, the government since the creation of the region in 2019, had invested more to increase agriculture production under the PERD.

“In order to promote rural economic growth and improve household incomes of rural farmers, the government introduced the PERD,” he said.

He explained that the PERD was a decentralised tree crop programme which provided certified seedlings, extension services, business support and regulatory support to farmers.

“So far, three warehouses are being constructed to support storage facilities in the region. Out of the three warehouses, two were recently completed and farmers have started using them,” the Savannah Regional Minister stated further.

He indicated that PFJ had increased food production incomes of farmers in the Savannah Region.

Mr Jibril further noted that the government had also facilitated the construction of 28 Community-Based Health Planning and Services (CHPS) compounds through the various district assemblies in the region.

“With health centres, we have constructed one each at Bole and North East Gonja, with Sawla-Tuna-Kalba benefiting from two projects. We have also constructed an emergency clinic at Central Gonja to attend to accident victims along the transit corridor.

The minister stated that the region had benefited from three of the Agenda 111 hospital projects, with works progressing on the projects in North East Gonja, North Gonja and Damongo.

He explained that while construction works had already started on the projects in North East Gonja and North Gonja, that of Damongo which would be a regional hospital, was yet to start. However,an environmental impact assessment for that had already been done and they were waiting for funds for the contract to be awarded.

Touching on roads, Mr Jibril indicated that a total of 76 roads projects, covering a stretch of about 2,108 kilometres were being constructed across the region.

He mentioned the construction of Fulfulso-Bunjai, Daboya-Mankarigu, asphalting and rehabilitation of town roads as some of the key projects.

"To enhance traffic flow, reduce the cost of doing business in the regional capital as well as giving it a major facelift to befit the status of a capital, the government is rehabilitating the entire Damongo township roads.

There has also been construction of new link roads and drains in the town," he noted.

The Regional Minister said his outfit was working closely with the traditional authorities to resolve all outstanding disputes in the area to pave the way for development to thrive.