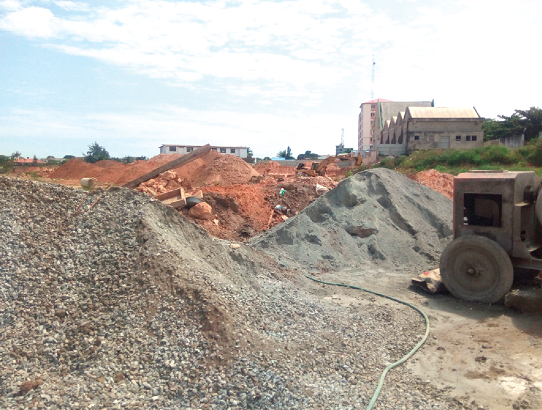 Work is progressing steadily at the sports complex. Follow @Graphicgh

The Project Director of the National Youth Authority, Emmanuel Mensah-Anaman, says schools should not use the Azumah Nelson Sports Complex for recreational activities the ongoing renovation is over.

The Azumah Nelson Sports Complex, which was initially called the Kaneshie Sports Complex, has been a recreational facility for schools and students in Accra and beyond.
Schools the sports complex because it is among the big sporting in Accra.

The facility is often used for inter-school sporting competitions and other activities.

A site visit by the Junior Graphic team revealed that work was ongoing and the New Case Construction Limited, indicated that it was trying hard to beat the December 20, 2018 deadline set for the completion of works.

In an interaction with Mensah-Anaman, he gave an assurance that the complex would surely be completed this so that students would have access to it for their fun games among other things.

He said there was no need for anybody to go to the complex with the aim of checking on what was going on at the place now since contractors were busy undertaking various works.

The facility would serve as a Youth Resource Centre upon completion as it would have facilities including a swimming pool, a standard football pitch, basketball court, running tracks a tennis court.

Mensah-Anaman said students would, therefore, have the luxury of engaging in many sporting activities as a result of the new facilities.