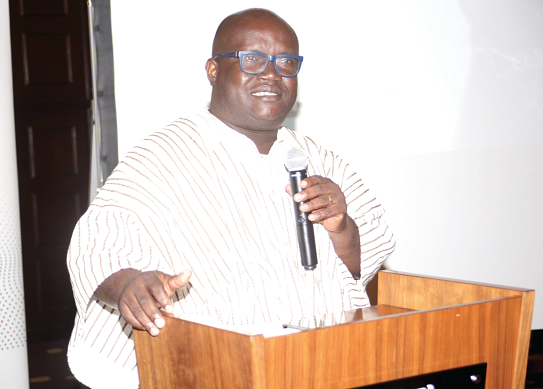 Some non-governmental organisations (NGOs) and other stakeholders in the  environmental sector have supported the call by President Nana Addo Dankwa Akufo-Addo for an open and dispassionate conversation on the way forward in the fight against illegal mining (galamsey).

They have, however, said for the effort to yield the desired results, the Minerals Commission and other mandated state institutions must be resourced and made more independent to lead the fight, instead of leaving it in the hands of partisan committees.

The organisations, which include Arocha Ghana, Green Advocacy Ghana, the Ghana National Association of Small-Scale Miners (GNASSM) and the Media Coalition Against Galamsey, claimed that although President Akufo-Addo had demonstrated enough commitment to fight the menace over the past four years, his political appointees who spearheaded the fight had failed him.

In separate interviews with the Daily Graphic in Accra yesterday, the organisations unanimously called for the retooling of state institutions such as the Minerals Commission, the Environmental Protection Agency (EPA) and the Water Resource Commission (WRC) to effectively execute their respective mandates.

They also said a multi-faceted governance strategy involving civil society organisations (CSOs), traditional rulers, technocrats in the mining sector and other stakeholders needed to be involved to support state institutions to fight the menace

In his last State of the Nation Address to Parliament to end his first four-year tenure in Accra last Tuesday, President Akufo-Addo said he was opened to frank and apolitical discussions on how to deal with the galamsey menace.

He said the time had come to take the discourse on fighting galamsey beyond party politics, adding: "There is one subject about which I believe we, the people, need to have an open conversation about, and that is galamsey.”

"We have to talk about galamsey. We, who are leaders, owe it to the country to take the subject out of the party political arena and have an honest conversation about this menace," he said.

The Chief Executive Officer (CEO) of the Ghana Telecoms Chamber, Mr Kenneth Ashigbey, who was the convener of the Media Coalition Against Galamsey, said although the galamsey fight started on a good note, some political actors "blackmailed the President and messed up the situation".

"The call by the President is actually a concession that partisanship derailed the galamsey fight; so it is important that, going forward, we bring on board CSOs, chiefs and professional bodies to fight the menace," he said.

According to Mr Ashigbey, regulatory bodies in the mining sector, especially the Minerals Commission, needed to be made more independent, aside from efforts to ensure transparency in the award of concessions to avoid politicians taking over the system.

"There should be more transparency in the award of concessions because we need to know who owns which concession.

"There are still unresolved issues, such as missing excavators and the Charles Bissiw and Ekow Ewusi case. These must be properly investigated and not swept under the carpet," he added.

The deputy national director of Arocha Ghana, Mr Daryl Bonsu, said the call by President Akufo-Addo was a confirmation of a long-held claim by a section of the public that partisanship was the bane to winning the war against the menace.

"The President put his Presidency on the line and made a firm commitment to fight galamsey. He started very well by setting up Operation Vanguard, the Interministerial committee on Illegal Mining (IMCIM) and other interventions, but from 2019, political interference, which became so evident, eroded the gains made.

"We were very close to cutting the head of the dragon, but we are disappointed that, after spending so much resources, we failed to win the fight because of political interference," he said.

Mr Bonsu cited what he called Executive interference in the work of the Minerals Commission and related agencies, as well as the setting up of the IMCIM without representation from CSOs, traditional rulers and other stakeholders, as the reason for the relatively low outcome in the galamsey fight.

The CEO of Green Advocacy Ghana, Mr Yaw Amofa-Osei, said although the government failed to leverage the goodwill of the people to fight the menace, there was still a window of opportunity to make amends.

He said metropolitan, municipal and district assemblies (MMDAs) were central to the fight against the menace.

"MMDAs are crucial to environmental governance because they are on the ground to enforce local laws," Mr Amofa-Osei said.

For his part, the General Secretary of GNASSM, Mr Godwin Armah, opined that the call by the President meant the strategy adopted by the government had failed, saying: "It was left in the hands of politicians, but now it is clear, from what the President said, that we need to look at local solutions to the problem at hand."

"If half of the resources that were given to the IMCIM had been made available to the Minerals Commission, it would have done well and given us better results," he said.