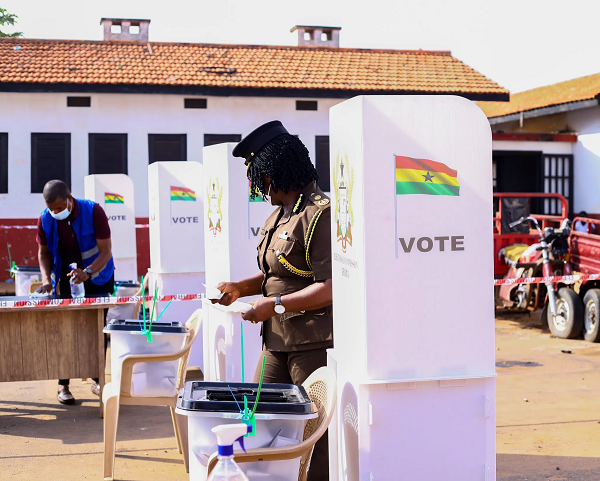 The Electoral Commission (EC) says it recorded an 87.8 per cent turnout in the special voting exercise which took place on Monday, December 1, 2020.

A total of 109,577 persons including security personnel and journalists cast their ballots during the special voting exercise.

At a press conference in Accra, the EC Chairperson, Mrs Jean Mensa, described the voter turnout as good and said the Commission was looking forward to a higher turnout on Monday, December 7.

“If I am to take a cue from the Special voting [where] we had a turnout of 87.8% during the exercise that took place on December 1, 2020, we are hoping that we will have such a turnout or higher with God being our helper and all things being equal [in the December 7 elections].”

Ghanaians will on Monday, December 7, 2020, go to the polls to elect a President and 275 Members of Parliament (MPs).

A total of 17,027,655 registered voters are expected to cast their ballot at about 33,367 polling stations across the country.