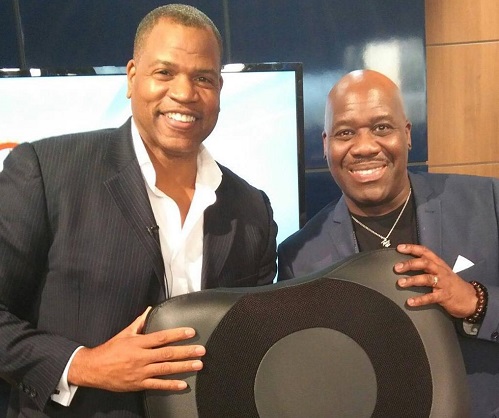 Nana Obokese Ampah, the Founder/CEO of Obokese Foundation has announced that Shelton McCoy, an inventor has joined the team to lead the Moree Kemetic Rebirth Projects (MKRP).

He joins the MKRP team which already has Nana Kwamina Kra II as Chief Consultant and Thomas Fynn serving as the Principal Photojournalist Consultant.

"Shelton McCoy is an inventor, visionary and technology geek who is on a quest to take full advantage of what he humbly describes as his ‘second chance’, MKRP said in a statement.

"Following a short but acclaimed stint in the recording industry, an important 8-year relationship—as the personal bodyguard for American Idol winner, Carrie Underwood, Shelton answered the spiritual call to follow his dream and pursue his passion of helping his people by developing innovative products that would actually improve their lives and the lives of others.

"After watching a CNN telecast about the potential dangers of cell phone radiation—and actually experiencing an ear tumor from cell phone use—Shelton advised his daughter to never again put a cellular phone against her ear. This, in retrospect, became the inspiration for the SmartPillo. Sheldon, in consultation with several of the Hollywood friends, colleagues and associates, he met during his work with Ms. Underwood, Shelton was able to patent and produce a unique and therapeutic sleep aid called SmartPillo".

For MKRP, the most exciting thing about the SmartPillo is that Mr. McCoy is exploring the feasibility of making Moree the SmartPillo global manufacturing hub and distribution centre.

"We also understand, should negotiations proceed as anticipated, that the Center’s operation will incorporate MKRP concepts principles and cultural themes, as reflected in the two community surveys that are considered essential to the rebirth of Moree, Asebu, Ghana and the African world," the statement added.