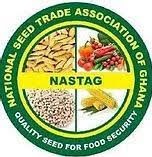 The National Seed Traders Association of Ghana (NASTAG) is asking the government to settle a GH¢207 million debt owed to its members for the supply of seeds during the 2021 cropping season.

The statement warned that the government’s failure to settle the debt promptly could hamper the efforts to revamp the agriculture sector, particularly the PFJ initiative.

Mr Adu-Gyamfi said despite the debt owed its members, seed suppliers had shown good faith by continuing to supply certified seeds to farmers for this year’s cropping season.

He, therefore, called on the government to reciprocate the gesture by settling the outstanding debt.

Mr Adu-Gyamfi also noted that with prices of inputs for production, such as fertiliser and agro-chemicals escalating on a daily basis, production for smallholder seed farmers would become more difficult.

“The value of GH¢207 million seeds supplied in 2021 has been eroded by over 70 per cent on account of inflation over the last year,” he added.

The statement also warned that the food security situation might get worse as most of these outgrowers were likely to abandon their fields.

“Over 40,000 smallholder farmers are directly or indirectly affected by the delayed payment and stand a high chance of affecting over 700,000 other smallholder farmers who depend on the local seed producers for seed and sponsorship to produce their grains,” it emphasised.

It further stated that the current increasing food prices could get worse in the coming months and next year if nothing was done about the payment of the debt owed NASTAG members.

The statement, however, said as the northern sector was at the peak of its season and the southern sector was entering the minor rainfall season, farmers could still produce enough of various seeds for the 2023 planting season and reduce the food prices in the country if the payment was made quickly.

“As indicated, many seed producers are smallholder farmers who produce seeds and at the same time invest in outgrowers. As their investments are locked up with the government, all their fields and those of their outgrower farmers are currently under stress, with no money to purchase the requisite inputs, fertiliser and agro-chemicals.

“This will have a direct effect on the availability of seeds for production in 2023,” it stressed.