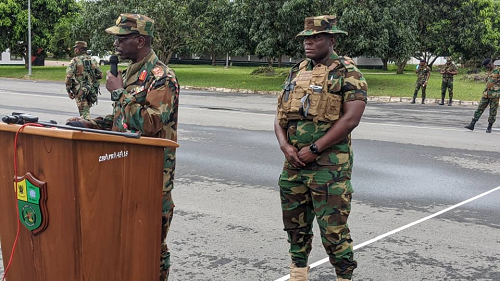 The General Officer Commanding (GOC) the Southern Command of the Ghana Armed Forces, Brigadier General Abraham Yeboah Nsiah, says the collaboration among the various security agencies in the country will help to ensure the country’s peace and security.

Speaking at the closing session of ‘Exercise Western Shield’, Brigadier-General Yeboah, who himself took part in some aspects of the exercise said the objective of the exercise was to largely prepare troops for election security situations awareness and procedures, test the inter-operability of the security services, and provide insight into tactics. 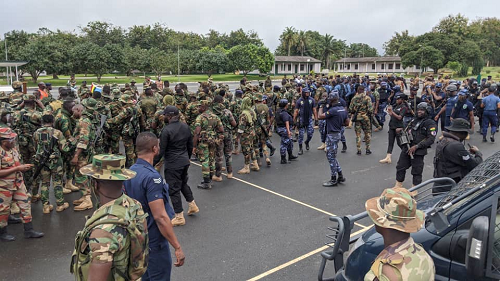 That, he explained, the exercise “provided us the opportunity to test the interoperability of security services; provide insights on tactics, techniques and procedures of Election security, crowd management, control and dispersal in internal security settings in a coordinated, smooth and efficient manner.”

He said the exercise was relevant within the strategic context of election security, as it is intended to harmonise the roles of the various stakeholders towards the fight against terrorism as well as preparing the Ghana Armed Forces and its allied agencies for Operation Peace Trail.

Brigadier-General Nsiah-Yeboah expressed happiness during the various phases of the exercise, expressing the hope that the knowledge shared during the exercise covering areas such as internal security operations, counter terrorism operations, barracks and base defence schemes; and reinforcement drills will go a long way to prepare the officers and personnel who took part in the exercise.

“I am confident that this has enhanced the multi-agency operations and coherence in the fight against terrorism. In this regard, I am sure you ultimately discussed the best ways of applying the knowledge gained to improve our operations,” he said.

Brigadier-General Nsiah-Yeboah said the country faces various forms of threats, including armed robbery, carjacking, election related violence and terrorism, hence the need for both officers and personnel to adequately prepare themselves to combat such threats. 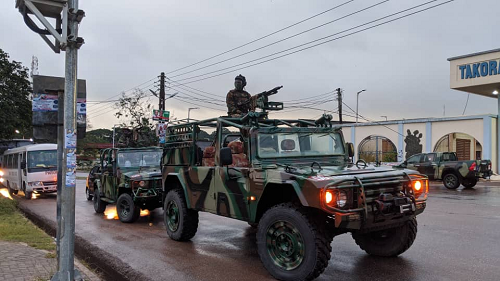 “We face multiple threats; from internal security concerns like armed robbery, car jacking, election related violence and terrorism, just to mention a few. On this score, it is imperative for us as commanders to ascertain the level of readiness of personnel to combat these multiple threats in our areas of responsibility, while testing the functional interoperability among various security stakeholders,” he said.

He encouraged the troops to maintain high standards of discipline and professionalism wherever they find themselves, saying, “To be effective as security personnel, you have to abide by laid down rules and regulations at all times.   This is inevitably a requirement and an obligation for us all.”

Brigadier-General Nsiah-Yeboah also urged all the participants in the exercise to close their ranks while ensuring maximum cooperation and respect for each other’s role.

The exercise saw model attacks on key and strategic national installations in the Western Region such as the Bank of Ghana, commercial structures, Ghana National Gas Company’s gas processing plant at Atuabo, the regional coordinating council, mob attacks, and possible situations at the polling stations.

However, the model attacks, were foiled by a well-coordinated inter-agency approach led by Commander Rear of the Second Battalion Infantry, Major Martin Dziedzorm Dey to the admiration of onlookers.