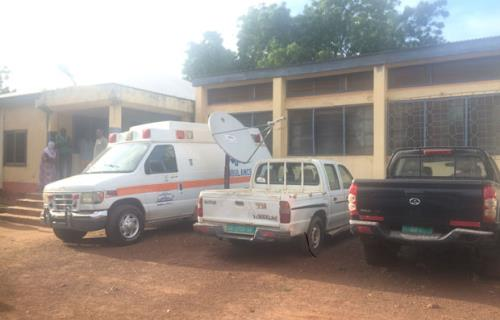 The Savelugu Municipal Hospital has reopened and resumed full operations to provide healthcare services to people in the area and surrounding communities.

The hospital had for the past eight days been temporarily closed down but provided partial services at its emergency and maternity units.

The management of the hospital was compelled to close down the facility after it recorded COVID-19 cases amongst over 20 members of its staff.

Though the closure was to last for 14 days, a disinfection exercise was completed early enough to enable it reopen and resume operations after eight days.

Speaking to the Daily Graphic last Tuesday, the Administrator of the hospital, Ms Alice Tengfah, said having undergone a vigorous disinfection exercise, the facility was reopened to the general public last Monday, a week earlier than the scheduled 14 days.

According to the administrator, some of the staff who tested positive for the virus had also recovered and had resumed work.

She further stated that those members of staff who were yet to fully recover were responding to treatment, indicating that once they were discharged, they would also resume work.

The management of the Savelugu Municipal Hospital announced that it would close down for two weeks, beginning Monday, February 22, following a surge in COVID-19 cases among the staff of the facility and residents in the municipality.

A statement issued by the Public Relations Unit of the facility, said: “The hospital shall render only emergency services.”

“This decision is necessary to reduce staff-client interaction and pave the way for disinfection of the entire hospital to break the chain of transmission,” it said.