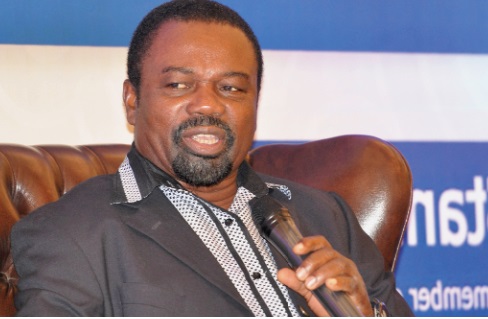 Ghana’s response to the Russia-Ukraine crisis should not be misconstrued to mean the country is supporting the Western countries that are against Russia, the Director of Academic Affairs at the Ghana Armed Forces Command and Staff College, Professor Vladimir Antwi-Danso, has said.

The accomplished researcher in international political economy, conflict, security and terrorism explained that Ghana’s position was in line with its foreign policy on multilateralism, which states that anytime the country wants to take part in international discussions, it must do so in line with the multilateral organisation it belongs to — the United Nations (UN).

“Since the reign of former President Kwame Nkrumah, Ghana has had four main pillars on which its foreign policy hinges — Pan-Africanism, non-alignment, good neighbourliness and multilateralism, which is the UN that we belong to. Multilateralism teaches that anytime there is going to be war, we should let the UN declare it.

“It is because of this principle that when the United States of America (USA) went to war against Iraq, we supported the UN when it declared that war as illegal. So it is our multilateralist principle in foreign policy that has taken a sway in our response to the Ukrainian issue. Ghana has not deviated in doing so,” he stated.

On February 24, Russia launched a devastating attack on Ukraine. In a pre-dawn TV address on that day, President Vladimir Putin declared that Russia could not feel "safe, develop and exist" because of what he claimed was a constant threat from modern Ukraine.

Airports and military headquarters were hit first, then tanks and troops rolled into Ukraine from Russia.

Since then, lives have been lost and there are many, including some Ghanaians who have left Ukraine.

Last Sunday, the Ministry of Foreign Affairs and Regional Integration held a press conference to talk about the security situation in Ukraine and the safety of Ghanaians there.

The sector Minister, Ms Shirley Ayorkor Botchwey, speaking at the conference, said the country unreservedly condemned the unprovoked attack on the sovereignty and territorial integrity of a UN member state.

Since then, some people have taken that submission to mean the country was supporting the West against Russia.

In an interview with the Daily Graphic last Monday, Prof. Antwi-Danso, who is a product of the Leningrad State University, Russia, said Ghana could help bring an end to the war between Russia and Ukraine by continuing to support multilateralist (UN) actions or gather like-minded smaller sovereign countries and lead them to take a position on the issue, which would then be tabled at the UN.

The last option, he said, was for Ghana, using its neutralist position, to play the role of a big mediator by calling President Putin and the Ukrainian President, Volodymyr Zelenskyy, to broker peace.

“This is the most difficult of the three because you need to have the respect of the international community and the wherewithal to be able to do that. But we can do it. Ghana is now a member of the UN Security Council and it is also respected on the African continent. Dr Nkrumah, on his own, wanted to end the Vietnam War,” Prof. Antwi-Danso stated.

Globally, he said, a multilateralist approach from the UN, using mediatory processes, as enshrined in the UN Charter, could have helped broker peace.

However, he explained, since most of the superpower nations that belonged to the UN and international organisations such as FIFA and the International Olympic Committee had aligned themselves against Russia, that approach could be extremely difficult to start.

Faced with that, he said, the UN could continue to call for calm heads.

“One other big broker could be China. The UN should be able to persuade China, which has similar problems and feelings against the West and is seriously aligned to Russia, to wade into the affair,” he advised.

Touching on the repercussions of the crisis on the world, Prof. Antwi-Danso said the sanctions being imposed on Russia would have a ripple effect on the whole world.

“The sanctions are deterrence measures, and in deterrence, if you allow the person to grow wings, it hits back,” he said.

He cited, for instance, the stock market that was tumbling and increasing oil prices around the world as some of the global biting effects.

On whether it was right for Russia to invade Ukraine, he said in international law, the invasion was wrong, but in security terms, there was nothing like morality or evil.

“If, as a country, you feel your security is threatened, you deal with it. People behave according to their security concerns, and it doesn’t matter whether the person is a dictator or a democrat.

“In security, there is nothing like a moral or evil country. Putin is doing what he has done not because he is evil but because America would have done same if it too felt its security was threatened.

Prof. Antwi-Danso asked smaller sovereign countries in Africa to come together to form alliances, just like the Non-Aligned Movement.

Through that, he said, they could call off the bluff of the superpowers and also not become their prey.

Prof. Antwi-Danso called on NATO to stop its eastward expansion and also liquidate itself, especially now that there was no Cold War.

He also called on Ukraine to rescind its notion of joining NATO.