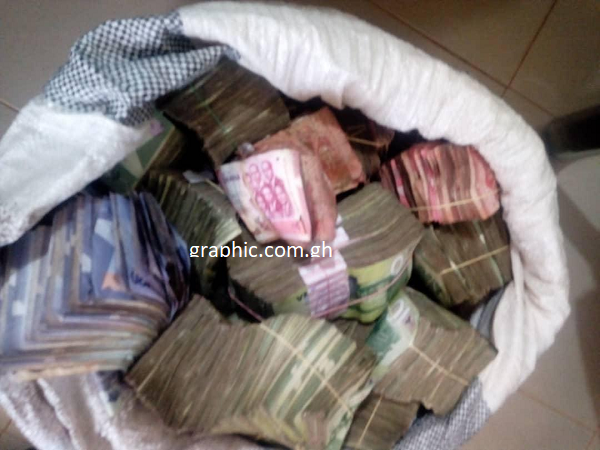 Armed robbers last Friday evening attacked a bullion van at Mmaampehia, near Techiman in the Bono East Region, taking away over GH¢600,000.

The police later retrieved GH¢234,000 of the amount, which was being transported to an undisclosed destination by the absa Bank.

The armed men also made away with an AK 47 rifle and 19 rounds of ammunition they seized from a policeman on board the bullion van.

The Bono East Regional Police Commander, Deputy Commissioner of Police (DCOP) Mr Djan Kyere, who confirmed the incident to the Daily Graphic yesterday, said the robbers, armed with guns, attacked the van about 5.30 p.m., wounding the driver and the policeman on board before fleeing with the booty.

On the van, with registration number GT 3181-W, were the driver, identified as Frank Agyeman, Lance Corporal Yussif Abubakar and an official of the bank, Sampson Kofi Sarfo.

According to him, the robbers left behind GH¢39,000 in the van, while GH¢195,000 was retrieved when the vehicle used by the robbers was intercepted at Akomadan in the Ashanti Region.

Mr Kyere explained that after attacking the vehicle and making away with the money, the robbers sped off and later parked their saloon car in front of an uncompleted gari processing factory at Akomadan to share their booty.

He said while they were sharing the money, they were spotted by a police guard, who called for reinforcement for their arrest.

He said when the police reinforcement arrived, the robbers had run away, leaving behind the saloon car they had used for the robbery.

The robbers, however, went away with the AK 47 rifle they had seized from L/Cpl Abubakar and the gun they had used in their operation.

Mr Kyere said somebody showed up to claim ownership of the vehicle used by the robbers and he was arrested for interrogation.

The regional police commander added that the police were investigating the  matter.

He said the robbers were believed to be hiding in the Ashanti Region.