A driver has petitioned the President, Nana Addo Dankwa Akufo-Addo for him to remove the Chief Justice, Mrs Georgina Theodora Wood, on grounds of “stated misbehavior” and “incompetence.”

According to the driver, Mr Ernest Obiri Lartey of Suhum in the Eastern region, the Chief Justice has violated Article 146 (8) of the 1992 Constitution and Ex parte communication contrary to Rule 3 (7) and 4 (a) of the Conduct for Judges and Magistrates of Ghana (CCJMG).

In a petition to the president dated February 10, 2017, Mr Lartey made references to the way and manner the Chief Justice handled the bribery case of the 34 Judges following the exposure by the investigative journalist, Anas Aremeyaw Anas and his firm, Tiger Eye PI.

He therefore concluded that the CJ misbehaved and showed incompetence in the handling of the matter and therefore should be removed by the President.

“I respectfully pray that you take the requisite steps to ensure that the Chief Justice be investigated for purposes for her removal from office on grounds of stated misbehavior and incompetence,” Mr Lartey stated in the petition to the president.

Supporting his argument on the stated misbehavior, Mr Lartey stated that before the indicted Judges and Magistrates could respond to the petition Tiger Eye PI filed, the Chief Justice published the contents of the petition in both print and electronic media to the public.

He indicated Justice Paul Uuter Dery, one of the indicted Judges as a result of the publication invoked the original jurisdiction of the Supreme Court for various reliefs and the Supreme Court granted it on February 4, 2016

Following from this, he thinks the Chief Justice willfully violated the Constitution which is supreme law of the land having sworn to “at all times to uphold, preserve, protect and defend the Constitution and the Laws of the Republic of Ghana.”

In addition, Mr. Lartey argued that, the Chief Justice violated the constitution because she discussed the contents of the petition from Anas with the petitioner before he submitted the petition, thus constitutes an ex parte communication.

He therefore concludes that the Chief Justice “displayed a lot of incompetence” and failed to comply with the decision of the Supreme Court that any petition seeking the removal of a Justice of the Superiod Court must not be published in the media as well as failing to properly identify the petitioner in her letters to all the indicted Justices.

Below is a copy of Mr Lartey's petition to the President 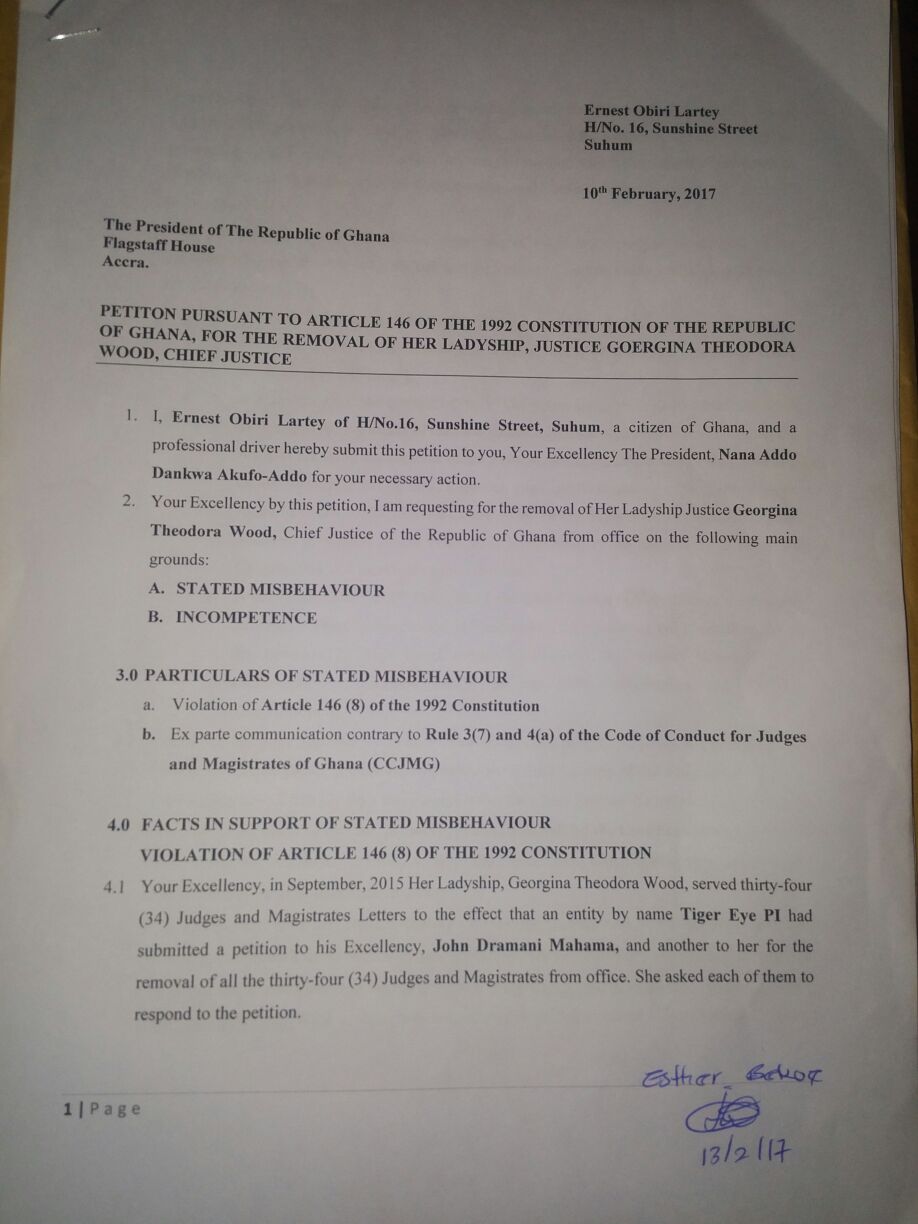 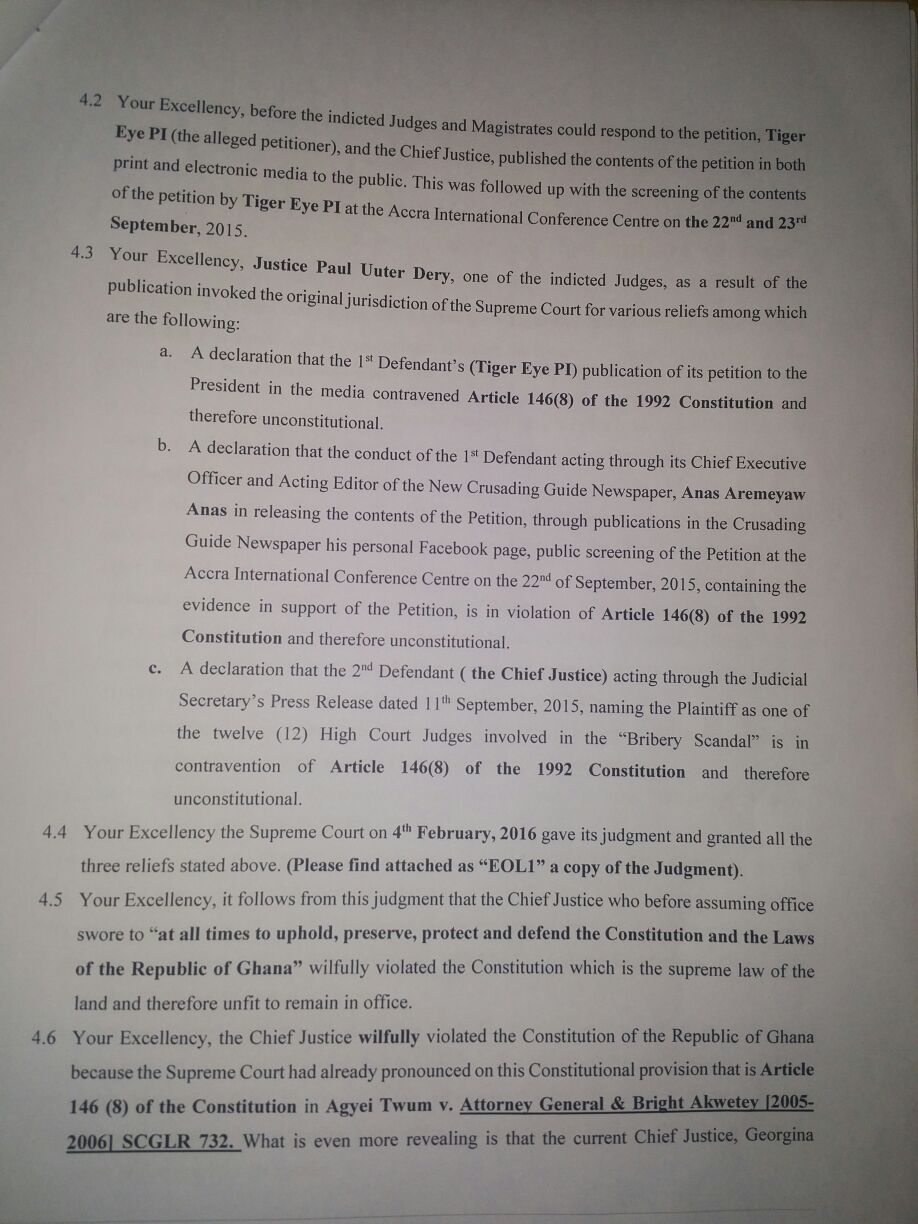 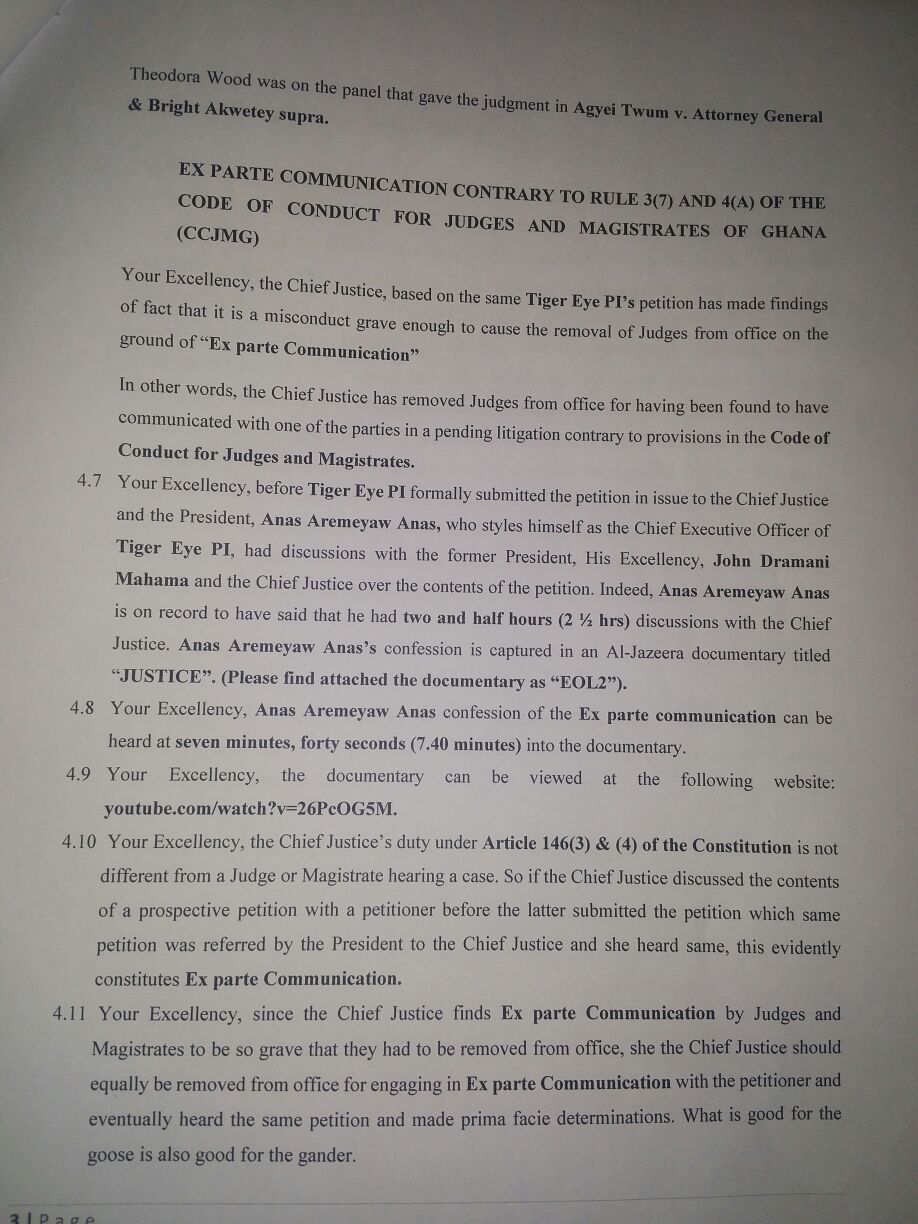 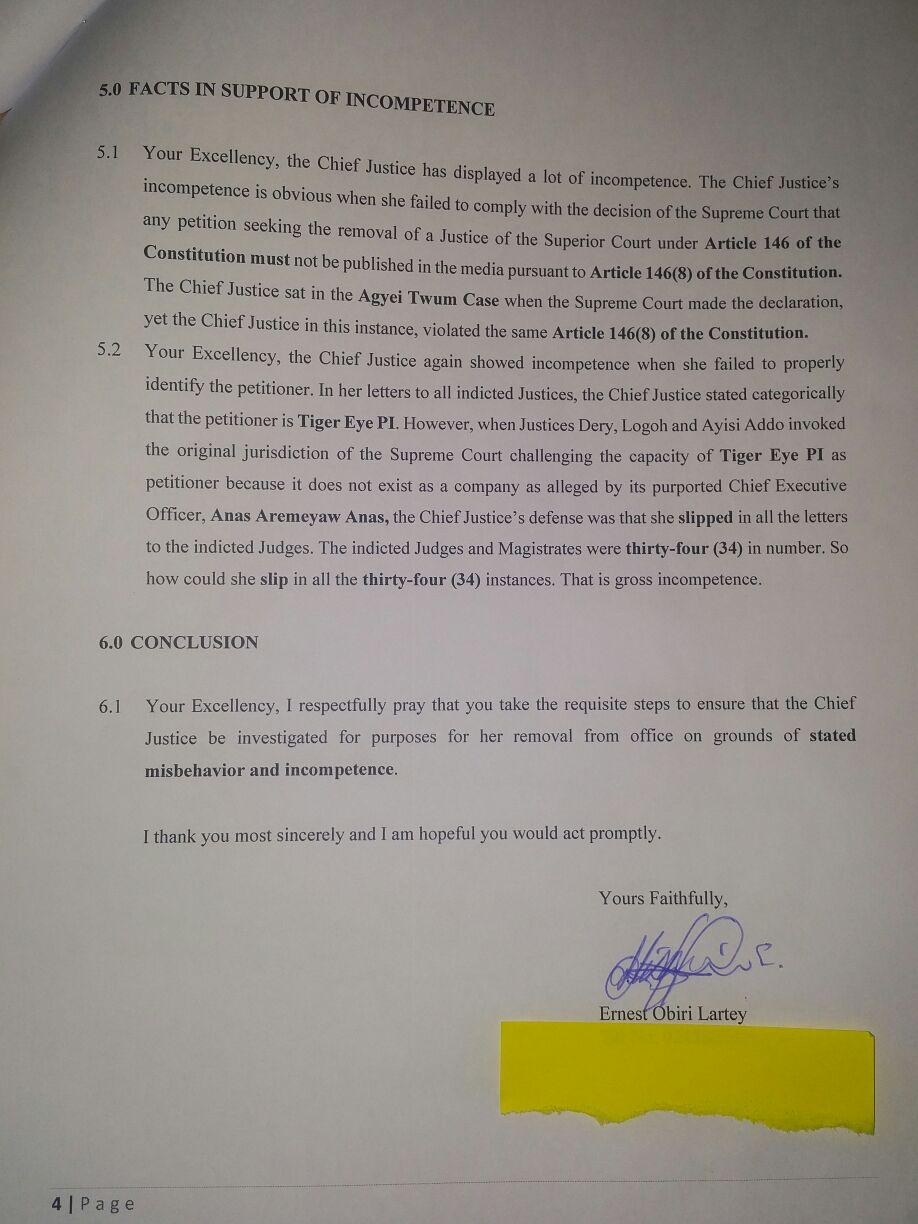