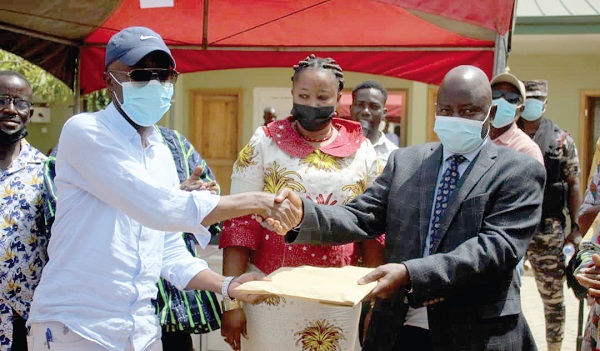 Rehabilitation work is set to begin on the water supply dam and irrigation scheme at Vea in the Bongo District in the Upper East Region.

The work, expected to commence on March 31, 2022, and completed in three years, includes the restoration of the eroded downstream slope of the dam embankment to improve the dam’s stability as well as the rehabilitation of the irrigation canal.

The government of Ghana, acting through the Ministry of Food and Agriculture (MoFA) and the Ghana Irrigation Development Authority (GIDA), is applying a portion of its budgetary allocation to fund the urgent rehabilitation of the irrigation scheme.

The Vea Dam was constructed between 1965 and 1980 and also serves as the source of drinking water for the distribution to residents of Bolgatanga and its many surrounding communities and towns.

Since its completion, the facility has not seen any comprehensive rehabilitation works. Although the Ghana Water Company Limited (GWCL) has made some maintenance interventions on the dam, it has not been enough.

The irrigation infrastructure, namely canals, drains, turns outs, among others, are almost completely broken, preventing users of the 850 hectares of farmlands from irrigating during the dry season.

The Irrigation Company of Upper East (ICOUR) manages the Vea and Tono schemes. Although it was the desire of the Ghana Commercial Agriculture Project (GCAP) to rehabilitate both dams, it did not have enough funds to undertake the rehabilitation works on the dams.

At a ceremony to hand over the site to the contractor, the Upper East Regional Minister, Mr Stephen Yakubu, said the Vea irrigation scheme established about 42 years ago had not seen major rehabilitation works, resulting in its break-down.

He said as a result of the deplorable nature of the structure in the past, about 4,000 farmers had lost their livelihood, which had negatively affected their standard of living.

“I am reliably informed that the beneficiaries of the project have poor attitude towards maintenance, payment of water levies and failure to follow agreed rules, which culminated in the collapse of the facility,” he said.

He urged the chiefs and elders to help change the attitude of the farmers to ensure sustained and judicious use of the facility when rehabilitation works were completed and to preserve it for future use, stressing “the rehabilitation has come at huge cost to the government and we have to justify this huge investment by fully utilising and maintaining it well.”

He said between 2007 and 2015, the amount spent on imported rice rose from $151 million to $1.2 billion, saying “the Vea irrigation project alone has a total of 850 hectares of land under rice cultivation, comprising 350 hectares of rice of lowland and 500 hectares of upland for rice production.

“With support from MoFA, the irrigable land for rice production may double to 1,700 hectares when completed,” he said and added that “I am very hopeful this increase in hectares will drastically reduce the importation of rice.” 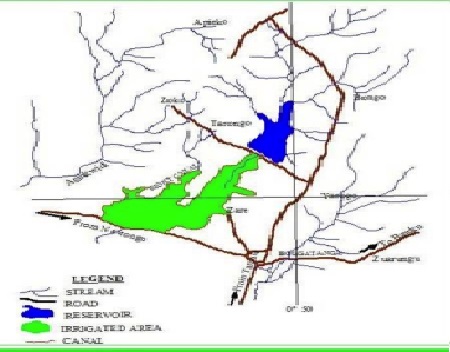 Mr Yakubu appealed to the contractor to do a good job and endeavour to meet the scheduled completion date. “I urge you to do quality work as the government will not tolerate any shoddy work,” he cautioned the contractor.

The Chief Executive Officer (CEO) of GIDA, Mr Wilson K. Darkwa, said the many years of crying by farmers for the irrigation scheme to be rehabilitated had received attention; hence, the rehabilitation of the scheme.

He urged the people to take immediate steps to protect the catchment area of the water, since the reservoir was surrounded by communities and silt from such areas was carried directly into the reservoir.

“I urge you to grow trees around the reservoir to stop the flow of silt into it since it is very difficult to remove the silt when it gets into the reservoir,” he said, stressing “we need to create a buffer and desist from farming at the edges of the water to protect the reservoir.”

He appealed to the chiefs and people to give the contractor the maximum cooperation and support so that the project can be completed within the stipulated period, adding “I wish to call for routine maintenance of the facility when completed and we should not wait till the entire infrastructure is broken before running to the government for support.”

The Chief of Vea, Naba Thomas Azubire, expressed gratitude to the government and pledged to jealously protect the project after completion to serve the needs of the beneficiary farmers in the area.

In a welcome address, the District Chief Executive (DCE) for Bongo, Ms Rita Atanga, said the revival of the irrigation scheme would attract many people into rice farming to increase rice production in the area.