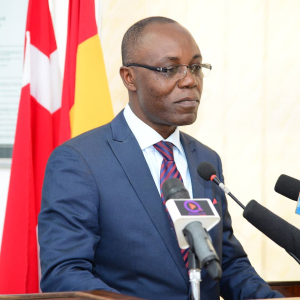 The passage of a law to regulate the activities of churches is not the solution to inappropriate practices in the Church and the proliferation of “false prophets”, the immediate past General Secretary of the National Association of Charismatic and Christian Churches, Reverend Dr Emmanuel Kwabena Ansah, has said.

In his view, an intensified teaching of the Word of God and continuous sensitisation of the Church is the best way to handle the issue.

“How many laws can you pass to stop these things? If you are not careful, you will mix the good and the bad. People talk about legalism, but I am not sure laws can cure it because the problem is more than law,” he said.

In an interview with the Daily Graphic at the launch of his two new books in Accra last Sunday, Rev. Dr Ansah — who is also the Senior Associate Pastor of the Covenant Family Community Church in Accra — stressed that “we need to intensify the teachings on the subject for people to know the truth so that they are not overtaken by falsehood”.

There have been concerns about the practices of some churches, including cases of potential human rights abuses, particularly in churches owned and run by individuals.

These have led to calls for the enactment of laws to nip the situation in the bud to forestall its negative consequences.

The issue gained momentum last year when the Speaker of Parliament, Professor Aaron Mike Oquaye, directed a joint committee of Youth, Sports and Culture and Legal, Constitutional and Parliamentary Affairs to investigate the possibility of regulating churches and other religious groups in the country.

This was after some Members of Parliament had raised similar concerns about the “unacceptable activities” of some churches and the need for the country to intervene.

Rev. Dr Ansah, however, indicated that in cases where the rights of individuals had been infringed upon, the existing laws should be triggered to punish the perpetrators of such abuses.

“Sometimes because of the reverence we have for our churches and leaders, people are not bold enough to process some of these things. I think it should be more of the leadership of the Church themselves working together to regulate their activities,” he said.

At the programme, Rev. Dr Ansah unveiled two new books — “Endtime Invasion: False Prophets and Cults” and “Eight Pillars of Church Organisation” — he had added to his list of literary works.

While the former tackles the issue of “false prophets” and the need for the Church to rise against the canker, the latter outlines some critical organisational and biblical principles that ought to be followed to ensure the growth and sustenance of the Church.

“For more than two years, I have been concerned about the way the Church or Christianity has been infiltrated, and this is affecting families, businesses, and the nation at large. I believe that this message in the book will open the eyes of many,” he said.

The General Overseer of the Global Revival Ministries, Rev. Dr Robert Ampiah-Kwofi, described the two books as an act of obedience to God, saying “some messages from God are to be written and not preached”.

“These books are timely and very important because they touch on real issues affecting the Church today that require urgent attention,” he said.