“Rawlings was a true guardian of our environment” 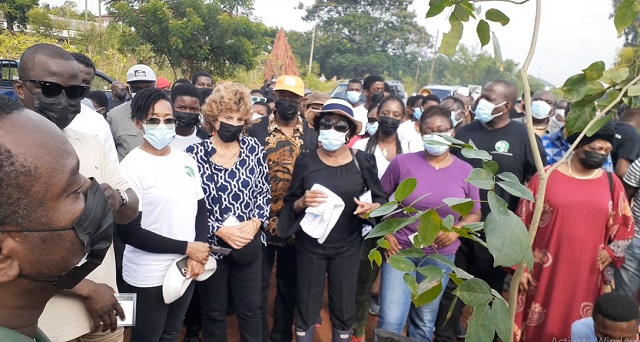 Mr. Benjamin Torgbor of the Forestry Commission pep-talks participants on the rudiments of planting trees moments before the exercise began Follow @Graphicgh

Joining in the exercise were his immediate family led by former First Lady Nana Konadu Agyeman-Rawlings; the Minister for Lands and Natural Resources, Samuel Abu Jinapor; members of the Diplomatic Corps; politicians; officials and staff of the Forestry Commission; students of the Achimota School led by the Cadet Corps; and friends of the late Jerry John Rawlings.

A variety of trees, among them mahogany, milletia, ceiba, montalis, neem, coconut and other fruits were planted along stretches of both sides of the road leading to the school’s assembly hall.

In brief ceremonies preceding the exercise, the enthusiastic gathering could not help but applaud accounts of how intimate Rawlings was with his environment, how on many occasions he would stop his car and bid everybody do same to enable a snake cross the road without being imperiled, or stop a journey to put out a bushfire before continuing.

Recounting Rawlings' passion for nature were the Lands and Natural Resources Minister, and Yaa Asantewaa Agyeman-Rawlings, a daughter of the late former President who is a Director of the J.J. Rawlings Foundation.

Said Yaa Asantewaa; "A month before his 72nd birthday in 2019, he joined cadres to organize a tree-planting exercise at Shiashie (in Accra) as part of the June 4 celebrations. I remember him travelling to Dodowa and other destinations following reports of indiscriminate felling of trees to pave way for construction of buildings. He simply could not fathom why those embarking on construction projects showed no recourse to nature, and were not prepared to devise creative techniques to develop or construct within nature as is done in other parts of the world. 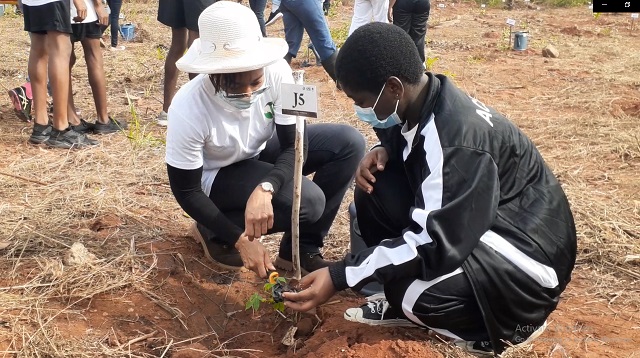 "In the 1980s on our frequent night drives as a family out of Accra, we would often encounter bushfires. One could hear the crackling of the fires amidst the orange glare. Without fail he would stop the vehicle, and with his security use strewn branches to stop the roadside fires.

"Other occasions, he would stop the vehicle to allow a snake to safely cross the road. He simply was at odds with anybody who could not appreciate the spirituality of mother nature and the serenity she provided to our lives in exchange for preserving and protecting her. He was indeed a true guardian of our environment."

She said such was Rawlings passion, love and respect for the environment that when the prospect of commemorating his 74th birthday came up, it did not take long to pinpoint the environment as a fitting subject matter to remember him by.

According to Yaa Asantewaa, the tree-planting exercise also unveiled a Tree-Guardianship project of the Foundation with the aim “to nurture instinctive environmental activism in students, and ensure they understand that their role as protectors of our environment is not just an extra-curricular activity; it should be viewed as an intricate part of their lives.”

She said the JJR Foundation was particularly excited that Achimota School is a partner in the tree-guardianship project, not just because the late former President Rawlings was an old student of school, moreso because it offers an opportunity for the students to take ownership of the tree-planting campaign being championed nationally through the Greening Ghana campaign initiated by the Lands and Natural Resources Minister and implemented by the Forestry Commission.

She expressed gratitude to all who partnered in diverse ways to honour the memory of the late President J.J. Rawlings.

The Lands and Natural Resources Minister, Samuel Abu Jinapor who shared his personal knowledge of Rawlings and his unmatched love for the environment and for discipline, described the Foundation’s desire to replenish and protect the environment as godly and noble and deserves all support.

The minister made a donation of GH¢50,000 to support the Foundation’s activities, promising the unflinching support of the Ministry to help realise the good cause.

And in the background as the tree planting exercise progressed, was Michael Jackson's Heal The World, playing softly, while up in the Accra skies, the clouds darkened, announcing a soon to fall rain.