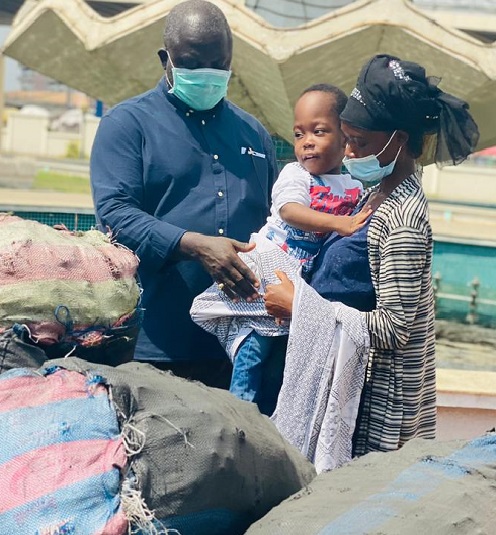 The Korle Klottey Municipal Assembly (KoKMA) has distributed items worth GH¢80,000 to 33 Persons with Disability (PWDs) at a ceremony in Accra.

Being the second to be organised this year, the presentation was from the three per cent allocation to the PWDs from the District Assemblies Common Fund (DACF).

At the ceremony to disburse the items, the Municipal Chief Executive (MCE) of the assembly, Mr. Samuel Nii Adjei Tawiah, said the move was in fulfilment of the government's responsibility to support PWDs in the country as stipulated in the constitution.

He said the move was meant to empower the beneficiaries to use the items to improve their livelihoods.

“We want to let PWDs know and feel that we have not left them and we care about them. The government’s three per cent allocation to the PWDs from the District Assemblies Common Fund (DACF) also shows that the government is a caring government,” he said.

He noted that they would continue to support PWDs in the municipality to improve their standards of living.

The Municipal Coordinating Director of the assembly, Mr. Bernard Yingura, who was at the event, advised PWDs to register with the assembly’s Department of Social Welfare so the assembly can identify them and subsequently support with whatever help they may need.

He added that the assembly was committed to ensure that PWDs within the municipality were put into some viable businesses with the aim of taking them off the street.

Mr. Yingura also asked them to identify businesses they were interested in and could do, promising that the assembly would support any initiative they (PWDs) would want to undertake.

In view of the items presented to the beneficiaries, Mr. Yingura stated that their monitoring team would monitor the use of the items to ensure that the items were being used for its intended purpose.

The beneficiaries, on the other hand, thanked the assembly for their gesture and promised to use the items to better their lives.

One beneficiary, Mary Amankwah, a seamstress, thanked the social welfare and the assembly for the electric machine given to her.