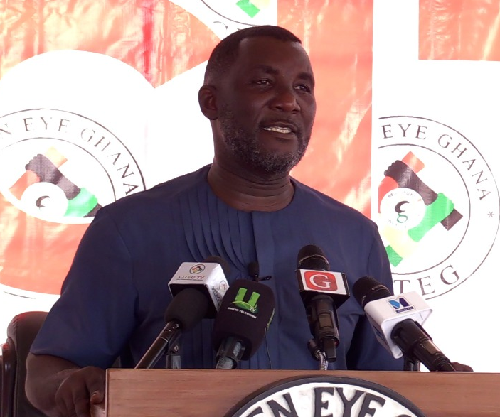 The Citizen Eye Ghana (CITEG), a civil society organisation is calling on President Akufo-Addo to urgently sanction investigations into the alleged thievery of new born babies at some health facilities in the country.

According to the group, fishing out the culprits harvesting babies and bringing them to book will serve as a deterrent to other individuals and groups engaged in such acts.

Addressing a press conference in Accra on Friday afternoon, January 22, 2021, the President of CITEG, Alex Kwaku Tetteh said it is sad that some health personnel, including nurses and doctors in collaboration with some officials of the Department of Social Welfare will team up to steal and sell new born babies in health facilities.

He said the practice of some health officials stealing new born babies in their facilities and selling them to people is not only immoral and unethical to the medical profession, but an act which is alien to Ghanaian culture.

Mr Tetteh is of the view that severe punishment will help to bring an end to the crime in health facilities in the country.

The Daily Graphic on Thursday, January 21, 2021, reported that a joint operation by the Economic and Organised Crime Office (EOCO) and the Ghana Medical and Dental Council (MDC) has led to the arrest of 11 people suspected to be involved in the harvesting of babies and human trafficking in some health facilities in the Greater Accra Region.

The operation also led to the rescue of two baby boys who are four months old and less than a month old who were offered for sale at GH¢30,000 and GH¢28,000 each to undercover investigators.

The CITEG’s president noted that many victims of baby harvesting syndicate are unable to pursue their cases due to poverty, thus giving the perpetrators a field day to carry out their nefarious activities in some health facilities in the country.

“It is heartbreaking when people with such noble profession like medical doctors and nurses with their accomplices from the offices of the Social Welfare Department to be involved in such a wicked act to send innocent families into deep sorrowful moment”, Mr Tetteh noted.

He has therefore commended EOCO and the Ghana Medical and Dental Council for successfully fishing out some of the bad nuts within their fold.

For his part, an executive member of CITEG, Dr Isaac Ankomah, called for new systems to regulate activities of the Department of Social Welfare.

He again called on government to resource them (Department of Social Welfare) with qualified personnel who put the interest of children first and able to identify gabs and challenges that encourages illegal adoption, sale and theft of babies.