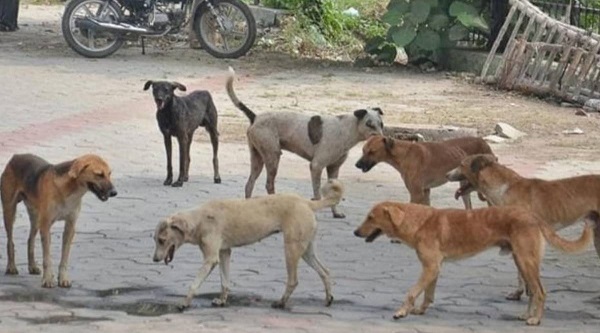 The Chief Executive Officer of the La Veterinary Hospital, Dr Jonathan Amakye-Anim, is advocating the provision of shelters for stray dogs in the country.

That, he said, would reduce the cases of rabies.
Dr Amakye-Anim, in an interview in Accra on Tuesday, said many families had adopted a lifestyle of keeping dogs as though they were pet lovers but were not properly taking care of them.

He explained that some of such dogs, usually not vaccinated, strayed in their search for food and easily bit people.
“Dogs are not supposed to be roaming about, once they do, they easily carry the rabies virus, a situation of public concern.

“When they move together, definitely one of them will be carrying the rabies virus. They also fight and bite each other and that’s how the virus is transferred,” he told the Mirror.

Dr Amakye-Anim stated that once a person was bitten by a roaming dog, there was the need for treatment with an anti-rabies before 10 days, adding that death was likely to occur if that was not done.

He explained that because the vaccine was expensive, many who needed it could not afford it, making prevention critical.

He suggested that it was necessary to have rabies vaccination added to the National Health Insurance Scheme.
Dr Amakye-Anim, who is also the chairman of the Veterinary Council of Ghana, said government's annual dog vaccination programme should be revived.

He said in the 1990s, it was easy to identify a vaccinated dog because it carried a red tag around its neck, unlike today.
The Vet said dogs were so important to families, “They are our best friends, an antidote to stress and loneliness, and help to lower blood pressure”, he explained.

He was of the view that a person must be enthusiastic about dogs to keep them and be ready to put up the necessary accommodation for them, take them for walks and feed them with a balanced diet.

He advised against the feeding of dogs with leftovers, saying that had the tendency to lead to poisoning them.

Some residents at Malejor in Accra expressed worry about the number of stray dogs in their neighbourhood.
Although they said no dog bites had been recorded in the area, some of the residents said it was becoming difficult to take early morning and evening walks because dogs launched attacks on them.

Dr Kwesi Amono, a resident, said he was unable to go for his usual Saturday morning walks as a lot of dogs roamed about freely on the streets.

Another resident, Mrs Mansfield Coleman, said "the situation is becoming a nuisance as you have to be alert when jogging down the street".
At Adabraka around the popular Aponkyi Spot, some residents said it was difficult moving around the area at night because they feared attacks from stray dogs.

"They are normally here at night, making loud noises. It is so scary", a food vendor, Manu, said, pointing to the street around the Adabraka Police Station.