Office accommodation problems facing some public decentralised institutions in the Bono East Region will soon be a thing of the past as the construction of their offices are at various stages of completion.

Currently, some of the regional officers of the decentralised institutions are sharing accommodation with the Techiman Municipal offices after the creation of the Bono East Region on February 13, 2019.

It is one of the six new regions created by the NPP administration in 2019 with Techiman as its capital.

The projects inspected included a two-storey high court building complex, a three-storey office block for the Regional Coordinating Council, all within the Techiman Municipality.

He also inspected the ongoing regional education office at Nkoranza, and the regional health directorate and Business Resource Centre at Kintampo.

The RCC office complex and the regional health directorate are about 90 per cent complete, while that of the Business Resource Centre is ready for inauguration.

It is expected that the high court building would be completed and handed over in the next three months.

However, it came out during the inspection that the regional education office complex at Nkoranza was about 55 per cent complete.

Mr Adu-Gyan, who was not happy, expressed worry about the negative attitude of the contractor executing the regional education office complex and said a process would be initiated to terminate and repackage the project and awarded to a more serious contractor. 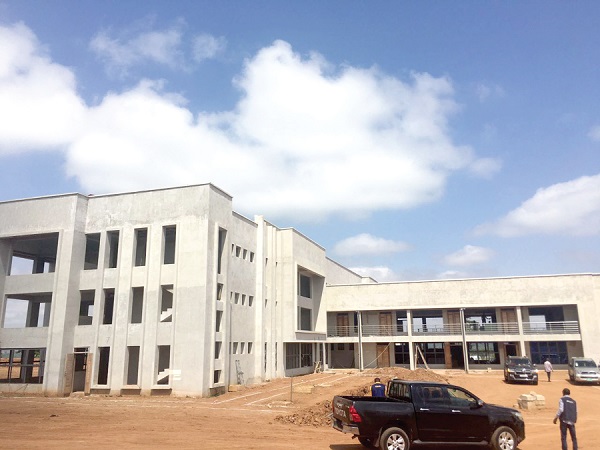 He challenged people who had been accusing the NPP of not investing in infrastructure to open their eyes as there were more infrastructure projects littered across the region.

Mr Adu-Gyan said the completion of the high court building in the region would bring justice delivery to the doorsteps of the people.

He was accompanied on the tour by some district and municipal chief executives and the various heads of department.