Prioritise the safety of children 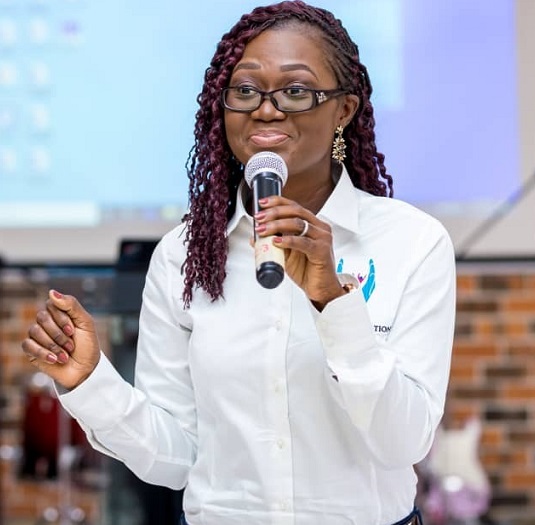 The Executive Director of Astell Foundation, Ms Stella Koranteng Asante has urged parents and guardians to orient their children and wards on the need to ensure safety.

She said parents ought to prioritise the wellbeing of their wards and avail themselves so that their children could share all their secrets with them.

“Instead of shouting on the children when they come confiding in you, be accommodative and let the children come closer so that they can share their problems and worries with you”, she advised.

Ms Asante made this known when the foundation, with prime focus on child protection sensitised some school children on safety and security.

The organisation engaged the pupils of Rockies International School Accra Region to educate them on safety measures against all forms of abuse, especially, in the wake of the rising kidnapping and abuse cases in the country.

The sensitisation was also to empower the pupils to enable them avoid the risk of being abducted through various danger tips.

Ms Asante said the issue for instance kidnapping could be reduced through proper and adequate education to children about stranger-danger.

She also urged the children to be bold and express their worries to their parents, guardians or an elderly person they could trust to share their problems.

Considering the fact that they were the future generation, she said the onus lied with the parents and guardians to ensure that their children and wards were protected and kept safe from every harm.

Ms Asante also urged the children to avoid negative peer influence and also be very observant to detect any unusual activity and persons.

On his part, the Programmes Director of Astel Foundation, Mr Aaron Lawson said the aim of the foundation was to ensure social protection, advocacy against all forms of child abuse and empower parents on their state of safety at all times.

He underscored the need for parents to make the security of their children their topmost priority to avoid any unfortunate incident.

Mr. Lawson appealed for more support to enable the foundation to increase its awareness on child safety across the country.