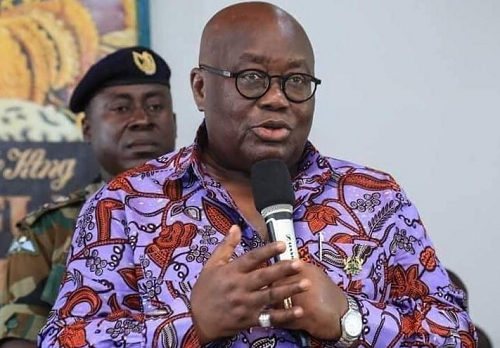 Seventy years in the life of either an individual or organisation that has made an impact is worth celebrating, and this evening, the Graphic Communications Group Limited (GCGL) will be doing just that at a Ball and Awards night.

At the Omanye Hall of the Labadi Beach Hotel in Accra, the GCGL, joined by its friends and stakeholders, will celebrate its achievements so far and honour or recognise the roles of all who have contributed meaningfully to its progress.

Celebrating on the theme: “Seven Decades of influencing national development and building brands,” the ball will be hosted by the Chairman of the Board of Directors of the GCGL, Professor Kwame Karikari, and the Managing Director, Mr Ato Afful.

The President, Nana Addo Dankwa Akufo-Addo, is the Guest of Honour.

Also expected to grace the occasion are the Chief of Staff, Mrs Akosua Frema Osei Opare; the Minister of Information, Mr Kojo Oppong Nkrumah; the Minister of Tourism, Arts and Culture, Mrs Barbara Oteng-Gyasi; the Minister of Business Development, Ibrahim Mohammed Awal, who is a former MD of GCGL, some Members of Parliament, senior journalists, among others.

This evening’s ball is the penultimate major event lined up by the company to celebrate its Platinum Jubilee which was launched in March 2020.

The climax will be a thanksgiving service to be held at the end of the month.

Already, the company has held other activities for both its staff and external publics, to commemorate the anniversary.

Originally planned to be an elaborate interaction with its external publics, the planning committee, chaired by the Director of HR and Administration, Ms Peggy Addo, had to scale down on the in-person events to inculcate virtual activities as well.

The programmes for the external publics included the Guest Editor Series that had some personalities invited to lead the Editorial work for a particular day.

Another event was the Graphic Talks 360, a thought-leadership programme which was meant to shape policy as part of the anniversary.

The programme, which was pre-recorded and telecast on Facebook Live and other handles of the company, featured key personalities in all sectors of the economy.

The GCGL also leveraged its strong photography prowess to stage virtual photo exhibitions which featured some memorable moments of the past and present which brought nostalgic memories to many across the world.

Activities which involved the staff were the riveting themed dressing events dubbed Fantastic Friday which allowed staff to come to work dressed around a selected theme, Paint Graphic Red and White, the Jungle Fever, Graphic goes Sporty, and Graphic goes Old School, which was climaxed with the unveiling of the 70th anniversary cloth.

While the activities may be coming to a climax, the celebration will continue with the [email protected] Loyalty Promotion, which is intended to celebrate and honour loyal readers of the brands of the company.

The Graphic Communications Group Ltd (GCGL) was established in the Gold Coast as a private business in 1950 by the Daily Mirror Group of Britain. At that time, the company was named the West African Graphic Company Limited.

It was founded by Mr Cecil Harmsworth King Jr, who was in charge of the Daily Mirror Group’s West African operations.

Having survived an initial protest from some members in the local press, Graphic finally took off on October 2, appointing  the late Martin Therson-Cofie, a Ghanaian, as the first Editor of the Daily Graphic.

On the day, all 2,000 copies of the newspaper printed instead of 10,000 copies originally planned, were sold out by midday.

The local press, mainly owned by political parties and nationalists agitating for independence from Britain at the time, mounted a spirited protest against the establishment of the company, whose founder they described as an “imperialist serpent.” With slogans such as “Away, White Press,” and “Go home, Mr King,” they tried to make it impossible for the company to start operation.

The protest became a subject of a petition before the Joint Provincial Council of Chiefs held in Dodowa. The local press, led by Dr F. V. Nanka-Bruce, a medical doctor, politician and publisher of The Gold Coast Independent newspaper, had brought their case to the council.

The local press feared that a newspaper from a company with British ownership would stifle Ghana's struggle for independence.

The chiefs, however, rejected their petition, with the argument that contrary to the fears of the petitioners, the entry of Graphic into the Gold Coast newspaper business would result in competition, technology transfer, high professional standards and employment.

The company, thereafter, did not only go through several facets of name change but it also expanded, remaining a brand leader in the industry.

The name change has gone through Ghana Graphic Company to Graphic Corporation when the company was taken over by the government, to its current identity, the Graphic Communications Group Limited (GCGL).

In all these, the company has remained true to the ideals of its original founder to establish an independent, professional and objective newspaper.