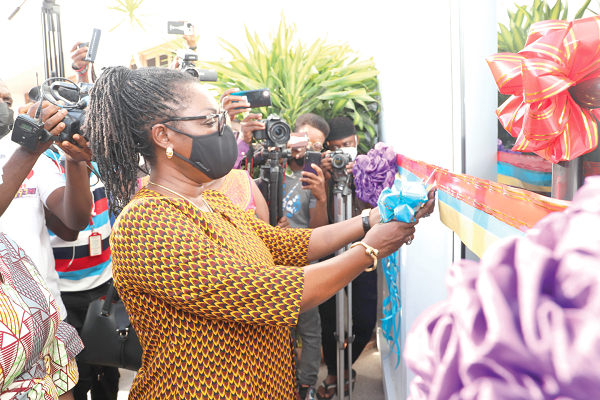 According to the Minister of Communications and Digitisation, Mrs Ursula Owusu-Ekuful, the government was in the process of identifying people to manage the platform, adding that the migration “will be done soon”.

“The only thing that has not been done is turning off the analogue signal. We have a dual illumination phase at the moment; both analogue and digital are running simultaneously and so all that is left is to switch off the analogue transmission, and that we will do soon.

“But when that is done, what it means is that you all have to start paying your carriage and transmission fees because the government has been carrying it for free so far, but that will not continue in perpetuity,” she said.

The minister said her outfit would soon meet all stakeholders to deliberate on issues pertaining to the DTT platform to ensure a smooth transmission.

Mrs Owusu-Ekuful was addressing journalists in Accra after the inauguration of an office complex for the Central Digital Transmission Company (CDTC) for the management of the platform last Friday.

The office was constructed by K-NET Limited, the local company that built the DDT platform and has so far been managing the system on behalf of the government.

Broadcast companies are, however, to pay for the cost of carriage and transmission when the country officially migrates from the ATT transmission to the DTT.

According to the minister, the government would no longer foot the cost of transmission, the way it had done over the years since the introduction of the DDT platform.

She said after the official migration, the government would no longer manage the DTT platform but hand it over to a “wholly owned independent company” which would be responsible for its management and sustenance.

Mrs Owusu-Ekuful said the company would decide the fees, which “will be ploughed back” into the management of the infrastructure for quality service delivery and also help the government recoup its investment.

She said although the CDTC would be independently managed, the government, as a major stakeholder, would make an input in determining the charges of the company.

“We have consultants guiding this process and they have developed a rate card which we will be discussed with the industry and the company when they come in,” the minister said.

For his part, the General Manager in charge of Human Resource, TV Services at K-NET, Mr Oscar Nchor, said the company had established 42 transmission sites across the country as part of measures to improve coverage.

He said it would be a major milestone for the country to phase out the analogue technology because the DTT technology offered better signal quality and coverage.

“On payment for transmission, it is right because electricity is being consumed and the links paid for. We use satellite to distribute the content of the broadcast to remote sites and you also have to pay for spectrum, which is a lot of money. The broadcasters will have to drive the business and, therefore, have to contribute to this cost,” he said.