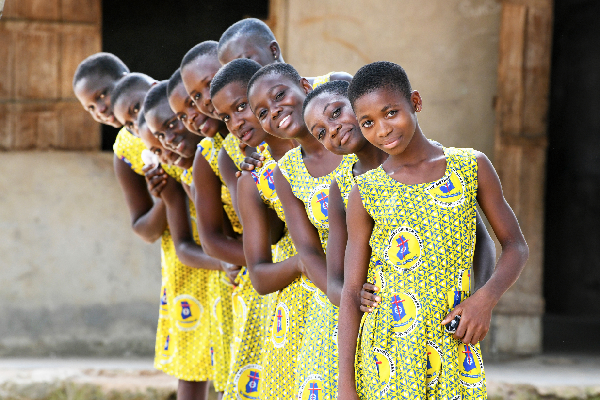 UNICEF has been working to empower adolescent girls in Ghana
30.5k Shares

A report published by the United Nations Children’s Fund (UNICEF) has underscored the need for concerted and sustained investment in the rights and well-being of adolescent girls in Ghana.

That, it said, would contribute to the country’s overall progress towards the 2030 Agenda for Sustainable Development.

The study, entitled: “Protecting and empowering adolescent girls in Ghana”, outlined how early pregnancy, violence and excessive household chores thwarted the opportunities of many girls aged between 10 and 19 years, particularly the most vulnerable and marginalised, stressing that the trend had worsened as a result of the COVID-19 pandemic and its containment measures.

Since becoming the first country to ratify the Convention on the Rights of the Child in 1990, Ghana has made progress towards realising the rights of adolescent girls.

Governments have invested in proactive measures to develop and implement several legal and institutional frameworks to promote the empowerment of adolescent girls.

The data outlined in the new report, however, revealed that more efforts were required to fulfil the rights of adolescent girls, to fully address their particular challenges and to strengthen their contribution to their own lives and those of others.

Some of the highlights of the report released yesterday said one in 10 adolescent girls had sex before age 15 compared to one in 14 adolescent boys, yet only a minority of the girls had their contraceptive needs met, while almost all adolescent girls were exposed to psychological aggression and nearly one in five experienced severe physical punishment.

It also revealed that adolescent girls were at a heightened risk of physical, psychological and sexual violence, with 22 per cent having suffered sexual abuse in the past 12 months, while early pregnancies increased the risk of maternal mortality, a leading cause of death among adolescent girls.

Again, one in six pregnant adolescent girls registered for antenatal care with the Ghana Health Service (GHS) in 2020 in the Ashanti Region, while adolescent girls spent more time doing household chores than boys, and the disparities increased as they got older.

It further revealed that babies of adolescent mothers were at an increased risk of lower birth weight, pre-term delivery and severe neonatal conditions, malnutrition, and stunting in early childhood, adding that many adolescent mothers might be forced to enter child marriage, which increased their risk of violence, and might interrupt or curtail their learning.

The report said marriage was also viewed by some families as protecting girls from the social stigma that resulted from having survived a rape or sexual assault that led to an “undesired” and “shameful” pregnancy.

UNICEF also outlined some measures, including increasing girls’ access to skills and information in the spheres of financial literacy and employability soft skills, to improve the lives of adolescents in the country.

That, the report said, would also enable marginalised girls to make free, informed, and positive decisions and life choices, adding that girls should also be encouraged to stay in, or resume, their schooling if they had originally left because of child marriage or pregnancy.

The report also recommended that a more protective and gender-equitable environment be created at the family and community level where harmful and gender-discriminatory social norms were challenged through more discussion and increased awareness-raising activities.

It said sectoral systems and workforce capacity should be enhanced to deliver integrated and coordinated services for adolescent girls at both national and decentralised levels within government, while strengthening enforcement and implementation of laws and policies, as well as an increase in budget allocations to better respond to the needs of adolescent girls.

UNICEF Representative in Ghana, Ms Anne-Claire Dufay, said: “Adolescent girls have the potential to be the engines of their society.

But only if they are given the opportunity.

“Investing in adolescent girls will have a ripple effect.

They form an integral part of society and hold the potential to contribute to their present and future families and communities.

It is imperative to prioritise their education, protection, health and well-being to not only fulfil their fundamental rights, but also contribute to the peace, security and sustainable development of the entire country,” she added.