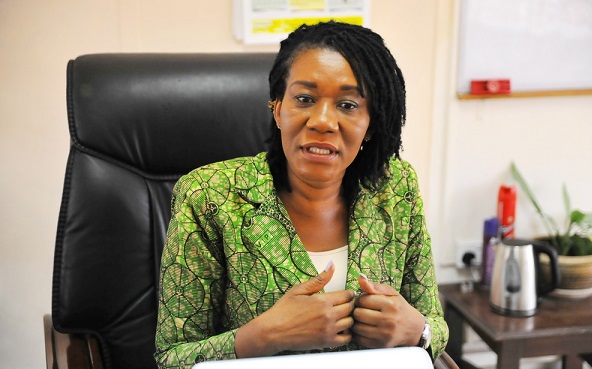 The National Population Council (NPC) has said population management should be made a priority in the national development agenda.

According to the council, the size of a country’s population and its resources did not only determine the level of its social and economic development but also the quality of life of the people.

In an interview with the Daily Graphic in Accra yesterday, the Executive Director of the NPC, Dr. Leticia Appiah, said Article 37(4) of the 1992 Constitution enjoined the state to maintain a population policy consistent with the aspirations and developmental needs and objectives of the country.

Currently, Ghana’s annual population growth rate is estimated at 2.5 per cent, which means the population increases by between 700,000 and 800,000 annually, more than the global rate of 1.5 per cent.

She said the council’s advocacy for leaner families was consistent with the constitutional provision and the population policy, saying it was not aimed at disadvantaging individuals.

Likening the management of the national population to that of a family, she said in most instances children from smaller family sizes were in a better position to have access to quality education, health care, food, water and recreation.

“If two families have GH¢1,000 each and one has two children and the other has five children, ideally the family with fewer people can live better than the one with more people. It’s the same with national population development,” she said.

Dr. Appiah said if the size of a population far outweighed national resources and amenities, it would definitely have an impact on the general quality of life and social and economic development outcomes.

She said although successive governments had made efforts to improve lives, those interventions hardly made the desired impact due to the population size.

The Director of the NPC further said effective population management was hinged on many factors, key among them being migration, mortality and family planning.

She said family planning was key to slowing down unsustainable population growth and the resulting negative impacts on the environment, the economy and national and regional development efforts.

Such empowerment, Dr. Appiah added, would reduce unwanted pregnancies, particularly teenage pregnancies, which were contributing to population bulge and increasing the number of over-dependence on families and individuals.

“Family planning involves the use of contraceptive methods by anyone who is sexually active, including adolescents, and the treatment of infertility. This implies that family planning services should be widely available and easily accessible through midwives and other trained health workers,” she said.

“We must empower them with the requisite sexual and reproductive health information and services to help curtail teenage pregnancy, reduce maternal mortality, unsafe abortions, among others,” she said.