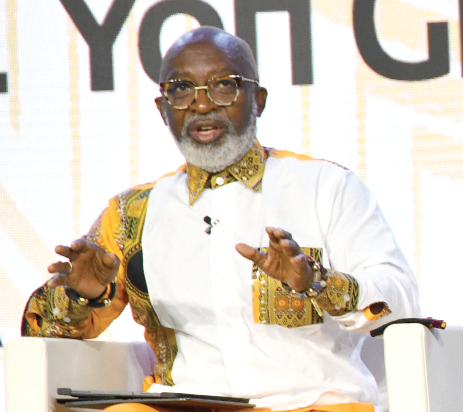 According to the GIPC, the companies — Chy Century Heng Yeng Group Limited and Sairui E-Commerce Ghana Limited — were not registered with the centre and were in contravention of Section 24 of the GIPC Act 2013 (Act 865).

A statement issued by the GIPC yesterday said it had taken notice of a public interest warning dated January 8, 2021, which was issued by the Securities and Exchange Commission (SEC), alerting the public to the activities of the two companies which were not licensed to carry out any capital market activity.

It said Section 24 (1) of GIPC Act 2013 (Act 865) mandated the GIPC to register all enterprises with foreign participation in Ghana.

"However, section 1(2) of Act 865, in relation to the registration of enterprises, does not restrict compliance with the requirements of any other enactment," it said.

The statement said further that Chy Century Heng Yeng Group Ltd was engaged in various activities, including capital market activities which were outside its registered objects at the GIPC, saying that amounted to an offence under section 40 of the GIPC Act 2013 (Act 865).

Additionally, it said Sairui E-Commerce Ghana Ltd was not registered with the GIPC and as such it had no record of any activity by that enterprise.

"For the safety of the public, the GIPC, as a responsible state agency, has, therefore, commenced investigations into the activities of the companies and will assist other relevant state agencies in their ongoing investigations and inform the public about its findings and next course of action," it said.

It added that in the intervening period, the public was encouraged to be vigilant and stay clear of any unlicensed investment scheme.

On January 8, 2021, the SEC warned the public to abstain from engaging in any capital market activity with the Chy Century Heng Yeng Group and Sairui-Commerce Ghana Limited.

The commission said the two entities had not been licensed to invest or trade for returns, as mandated by Section 3 of the Securities Industry Act, 2016 (Act 929).

“The Chy Century Heng Yue Group and Sairui E-Commerce Ghana Limited are, therefore, not regulated by the SEC. The public is advised to be cautious about investing in unlicensed products,” the statement said.

It added that the SEC was dedicated to ensuring rigorous implementation of the capital market rules for operators in order to promote the orderly growth and development of an efficient, fair and transparent securities market, one in which investors and the integrity of the market were protected.