Political will, witchcraft accusations in Ghana 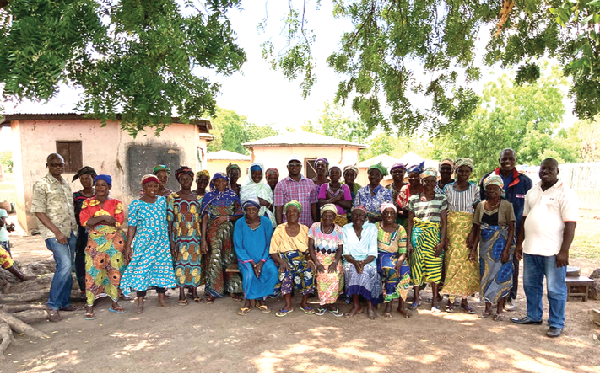 In the wake of the lynching of Madam Akua Denteh and other attempted killings in the former Northern Regions, the Sanneh Institute undertook research and data gathering into witch-hunting and the “witch camps” in the north.

The research established the existence of six “witch camps”, all in the Northern and North Eastern regions.

Most of the women in the camps have severe physical scars and some have lost limbs from machete attacks, not to mention the hidden mental and emotional scars.

In all the camps, except Gushegu, traditional priests (known as tendanas) perform rituals to detect who is a witch and to “exorcise” the victims.

It was obvious from the research that the rituals constitute witch-hunting, the tendanas, the principal witch-hunters, and the camps serve as witch-hunting grounds.

The Tindana of the Gambaga witch camp

The priests also serve as gatekeepers of the camps.

Conditions in the camps range from deplorable to desperate. In Gushegu, victims feed themselves by gathering spilled grain from the ground in local markets.

Abuses at the camps include rape, multiple exploitations (forced labour and diversion of relief aid), as well as verbal and emotional abuse.

Child marriage in the host communities of young minders and dependents from the camps is common.

Despite some efforts by government institutions, huge sums of monies spent on conferences and visits to the camps, as well as the best efforts of NGOs, civil society and religious organisations, not much has been achieved in reducing witch-hunting or addressing issues around the witch camps.

On the contrary, accusations are on the rise as is the population of the camps! Clearly, something radical needs to be done.

What can be done?

Part of the reasons for the lack of progress is the uncritical acceptance of some prevailing attitudes.

Some of these include: We don’t need a new law specifically addressing witchcraft accusations.

Passing a law will not stop the practice.

The witch camps are safe-havens and should not be disbanded.

The women do not want to leave the camps.

The camps “should be rebranded”.

Firstly, laws are meant to punish crime, not to stop crime.

Secondly, existing laws address incidents such as attacks after accusations.

The root cause, however, is the accusation which needs to be addressed on its own through legislation.

The Sanneh Institute has therefore petitioned Parliament to pass a law criminalising witchcraft accusation and witch-hunting.

Such a law will shift the burden of proof currently placed on the accused to prove their innocence, onto the accuser to provide proof in a court of law for accusing or attacking someone as a witch.

The law will also contribute to creating a safe environment and confidence for the victims in the camps to return to their homes.

How about the camps?

The witch camps are a double-edged sword.

As stated already, the camps are bases for with-hunting and the tendanas are the principal witch-hunters.

The camps and the role of the tendanas is like someone helping to set your house on fire and turning around to offer you a place to stay for them to treat your burns! 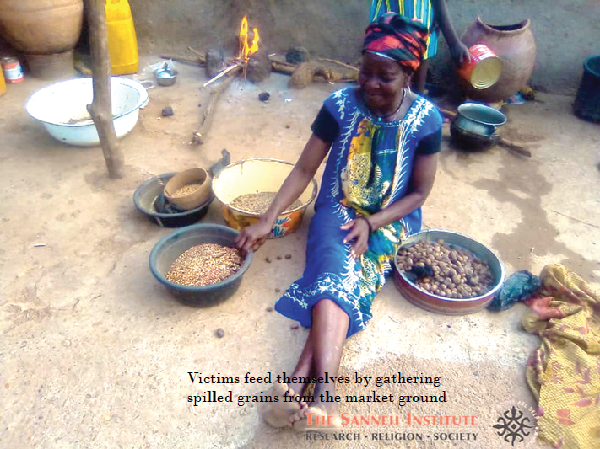 But most of the women don’t want to leave the camps, goes the common refrain.

It has to be said that often, the question is posed to the women in the presence of the gatekeepers, i.e. the tendanas, their representatives or some NGO and Church workers at the camp.

Some of these people have vested interest in the perpetual existence of the camps.

Some of the women have been schooled and/or scared into staying in the camps.

Others choose to stay because of the relief aid while others are genuinely afraid to return home for fear of their accusers and attackers.

In my view, questions related to the camps should not be whether these are safe-havens or not, or whether the victims want to leave the camps or not.

The question should rather be whether the camps are in breach of Ghana’s constitutions or not.

Clearly the women in the camps have been deprived of their personal liberties.

Article 15 outlines respect for human dignity, stating inter alia, “the dignity of all persons shall be inviolable,” and that no person shall be subjected to “any other condition that detracts or is likely to detract from his dignity and worth as a human being.”

No one will dispute that the conditions in the camps violate the dignity of the women.

Article 17(1) declares that “All persons shall be equal before the law” and that “A person shall not be discriminated against on grounds of gender, race, colour, ethnic origin, religion, creed or social or economic status,” (Clause 2).

Obviously, the accusers and attackers who continue to roam freely in the villages are above the law, and the pattern of accusations constitute a clear discrimination against the women because of their gender.

Article 18 (2) states that “No person shall be subjected to interference with the privacy of his home, property, correspondence or communication” except in accordance with law, public safety and health, the prevention of disorder or crime.”

Yet, for years the women in the camps have been deprived of their farms and other property in their villages and driven out of their homes.

The women in the camps have been rejected as outcasts by families and communities which make the camps human dumpsters rather than safe havens.

Finally, the 1992 Constitution stipulates in Article 26(2) that “All customary practices which dehumanise or are injurious to the physical and mental well-being of a person are prohibited.”

Article 39(2) “The State shall ensure … that traditional practices which are injurious to the health and well-being of the person are abolished.”

Witchcraft accusations and the camps are deeply rooted in culture and tradition and no one can dispute the fact that life in the camps dehumanises and is injurious to the health and well-being of the inmates.

Article 37(2b) demands that the State shall enact appropriate laws for “the protection and promotion of all other basic human rights and freedoms, including the rights of the disabled, the aged, children and other vulnerable groups.”

Enacting a law that criminalises witch-hunting and disbands the witch camps will protect the rights and lives of the disabled, the aged, women, children and other vulnerable groups.

The constitution couldn’t be clearer, and on all counts, the state has failed and continues to fail thousands of defenceless women in the camps.

First, the belief in witchcraft is by no means unique to Ghana.

The belief remains deep rooted and widespread in many parts of Africa and Asia.

Yet, Ghana is the only country in the whole world with “witch camps”.

Second, in Ghana, witchcraft accusations are common in all the regions and among all ethnic groups.

Yet, it is only in the former Northern Region that we have “witch camps” with over 95 per cent of all the victims from only two ethnic groups.

What is so complicated about this that the state is unable to address? We have come to the conclusion that the real problem in dealing with witch-hunting in Ghana and the witch camps in the north is the lack of political will.

Europe addressed the same problem centuries ago mainly through legislation. Britain passed such a law in 1735.

Ghana is 300 years behind, but better late than never!

With political will, parliament can pass a law to criminalise witch-hunting and disband the witch camps.

With political will, the state can ensure the safe reintegration of the women in the camps.

The law is critically important for a safe environment that will in turn facilitate the disbandment of the camps.

To disband the witch camps, first, government should engage traditional rulers, local government agencies and opinion leaders in the most susceptible communities.

Task them with safely reintegrating the women.

If the Yaa Naa and NaYiri make declarations that the women in the camps are free to return home and that no one should attack any of them, the safety of the victims will be greatly ensured, and many will leave the camps.

Second, engage with the women, offer counselling and other health care to those who need these, provide each with a modest reintegration fund to return home.

The few who for various reasons may be unable to return home can be offered the option and support to re-settle in different communities of their choice.

What is so hard about the state taking these steps? Where there is a will, there is certainly a way!

The writer is the Executive Director, The Sanneh Institute, Legon - Accra.