Police give green light to #Fixthecountry demo on Aug 4 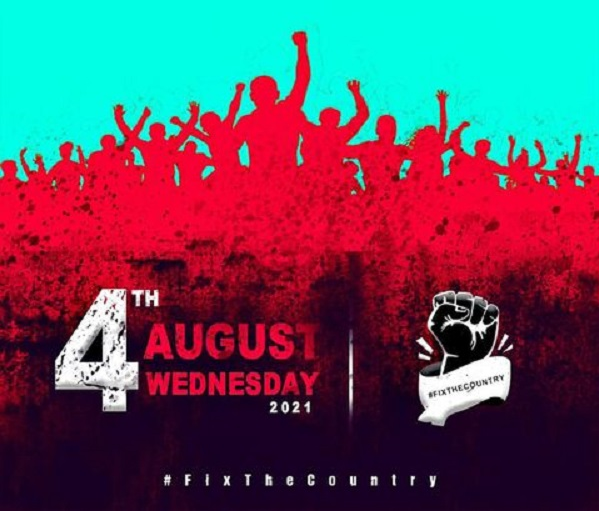 The Ghana Police Service has given green light to the #Fixthecountry campaigners to hold their planned demonstration on Wednesday, August 4, 2021.

This follows a meeting between the Police and the conveners of the campaign at the Police Headquarters in Accra on Monday, July 19, 2021.

“The Police are poised to provide the necessary security for the safety of the planned procession of members of the fixthecountry movement on Wednesday 4th August, 2021,” the Police said in a statement on its social media page.

It added that Monday’s meeting afforded the two sides the opportunity to agree on “all matters relating to the ‘special event’”, including the routes and COVID-19 protocols.

“The police and convenors will continue to deliberate,” the statement added.

The Accra High Court on Friday, June 25, struck out an application by the police seeking to stop a demonstration by the #FixTheCountry movement.
The court, presided over by Justice Ruby Aryeetey, struck out the application on the basis that the date for the protest, May 9, had already passed so there was no protest to be stopped.

She, however, ruled that in the event the #FixTheCountry protestors wanted to embark on a new protest, they must go through all the laid down procedures including the one relating to the restrictions on public gathering.

The #Fixthecountry demonstration is to protest what the organisers described as the lack of development, corruption and retrogression of the county.