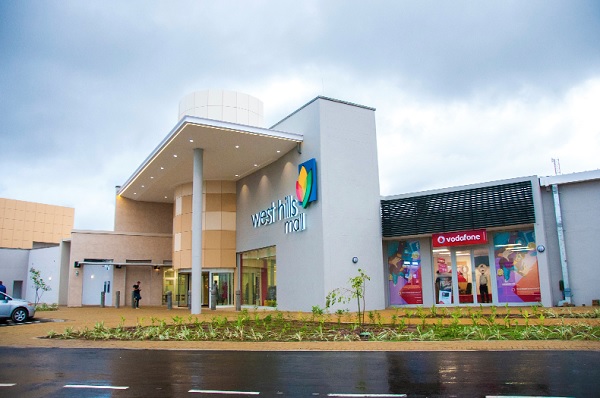 A man suspected to be a member of a syndicate of fraudsters who use Accra’s major malls to extort money from young, unsuspecting job seekers has been arrested.

The suspect, Maxwell Yanzy, a resident of Kasoa, was arrested through the collaborative efforts of the management of the West Hills Mall, the police and support from a prospective victim.

Officers from the Police Criminal Investigations Department (CID) arrested Yanzy at the Las Palmas Restaurant at Abeka Lapaz where he was filling out fake employment registration forms for jobs at the West Hills Mall for one Mr Augustine Baah and another man - an undercover security man at the West Hills Mall.

The suspect had charged Mr Baah an amount of GH¢500 for the employment forms and registration processes.

It all began in the evening of December 11 last year when Mr Baah, who resides at Gbawe approached the management of the West Hills Mall claiming to be following up on a job offer he had received from the mall.

Mr Baah told the management of the mall that his mother had given him the phone number of a ‘senior official’ at the mall who, she said was working to get him employment at the mall upon completion of the facility’s employment formalities and payment of the requisite fees.

The Operations Manager of the retail complex, Mr Bernard Denkyi, informed Mr Baah that the so-called job offer he had been promised was fake and that he could be the victim of a scam. Mr Baah subsequently agreed to assist the management of the mall to arrest the suspect and bring him to book.

As evidence of his dealings with the supposed ‘senior official’, Baah produced the suspect’s phone number and voice mails and SMS communication between him and the suspect and gave them to the officials of the West Hills Mall.

He disclosed further that he was scheduled to meet Yanzy at the Las Palmas Restaurant at Abeka Lapaz the following day to fill out employment registration forms and pay a fee of GH¢500.

The mall’s management thereafter alerted the police at La Paz of the rendezvous and as part of their plan got a security officer with the West Hills Mall to be introduced to the suspect as a close friend of Baah who was also keen on getting a job at the mall.

On Saturday, December 12, 2020, as the suspect was busily filling out employment registration for the two ‘job seekers’, police in plainclothes swooped in and arrested him.

The suspect is currently on police enquiry bail, while investigations continue.