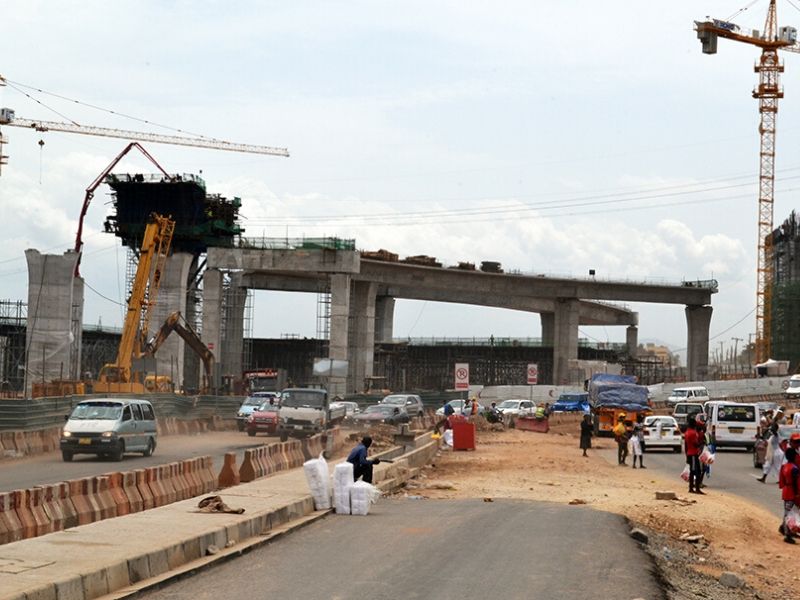 Work on the four-tier Pokuase interchange at the ACP Junction in the Ga West Municipality, scheduled for completion in October this year, will now be completed in March 2021.

The $84-million project, which was initially three-tier, was upgraded and work done on its present status is 87 per cent complete.

It is being jointly financed by the African Development Bank and the Government of Ghana.

In an interview, Mr Kwabena Bempong, Associate Vice President of Associated Consultants Limited, a consulting company for the Pokuase Interchange and Local Roads, explained that a myriad of challenges hampered the progress of work on the project.

“The coronavirus disease (COVID-19) pandemic affected the shipment of critical components for the project into the country and also some experts in China who were to come and supervise some aspects of the construction could not travel to the country,” he said.

In addition, he said the additional work awarded by the government such as the construction of a 5-kilometre storm drain to reduce flooding at Pokuase, Ayawaso and Holy Hills, affected the schedule for the completion of the project.

Mr Bempong indicated that the delay in the payment of compensation to the people affected by the project and heavy vehicular traffic on the Accra-Kumasi road undermined the scheduled completion of the project.

“In view of this, we have written to the African Development Bank through the Ministry of Roads and Highways, for a six-month extension for the project,” he said, stressing that the “extension will not affect the cost of the project”.

He said the Kumasi-Accra section had been completed and opened to ease traffic on that stretch, especially during the Yuletide.

Mr Bempong expressed concern about speeding by some drivers on the Awoshie-Ablekuma road.

He alleged that a woman was recently killed on that stretch and the traffic lights and road signs had been knocked down.

Mr Bempong also disclosed that diesel poured on the Awoshie-Ablekuma road by some drivers who repaired their broken down vehicles on it was destroying the newly-constructed road.

The Resident Engineer disclosed that the Ofankor to Nsawam dual carriageway had been awarded to Maripoma, a Ghanaian construction company, to construct it.

Prior to the construction, he said, the company would do an overlay on the deplorable sections of the road to facilitate vehicular movement to address the heavy vehicular traffic on that stretch.

Work on the Pokuase Interchange is being undertaken by Messrs China Zhongmei Engineering Company Limited and the interchange forms part of the Accra Urban Transport Project, aimed at promoting sustainable economic growth for the people in the area.

The sod-cutting ceremony for work to start was performed in July, 2018.

The interchange hosts an important international road, the Accra-Kumasi road, which links Accra to the Northern part of the country and Ghana to Sahelian countries such as Mali and Niger.