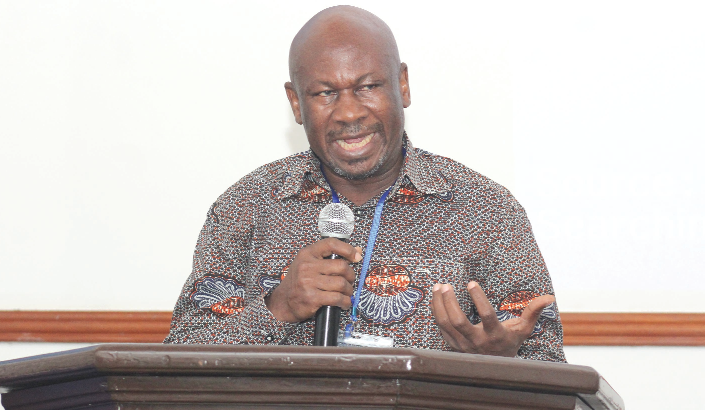 project, which also includes anti-corruption lessons is aimed at building the integrity of young children as future leaders of the country.

To this end, a facilitator’s manual, a student reader and an animation series on the Basics in Anti-Corruption Education (BACE) have been developed.

The pilot, which will be in five schools in the Greater Accra Region, has already seen the training of all teachers in the schools on how to use the facilitators manual.

STAR-Ghana is supporting the pilot project whilst LeadAfrique International, an anti-corruption advocacy organisation, in collaboration with the National Centre for Curriculum and Assessment (NaCCA) of the Ministry of Education developed the manual.

The manual, dubbed “Basics in Integrity Facilitator’s Manual”, is to help the teachers train the youth to cultivate value-based integrity while the students’ reader, dubbed “The Young Poets Cry” is a novel-like handbook that breaks down the concept of corruption further and assists students and young people to better appreciate the facilitator’s manual.

The acting Chief Executive Officer (CEO) of STAR-Ghana, Mr Ibrahim-Tanko Amidu, who made this known in an interview with the Daily Graphic on the sidelines of a two-day forum on “Civil society and the fight against corruption: emerging lessons and good practices” organised by STAR-Ghana in Accra, said the move had become necessary as there was the need to train young people to shun corruption.

He said the country was not making the desired impact on stopping corruption and therefore the need to teach young people how to identify corruption before they grew into future leaders.

Two faith-based NGOs, the Christian Council and the Catholic Caritas Foundation, Mr Ibrahim-Tanko said, were also being supported to engage in other anti-corruption advocacy work in schools.

The co-founder of LeadAfrique, Mr Michael Ohene-Effah, in an interview also explained that the manual and the student reader were also accompanied with animation series aimed at leaving an image in the minds of the young people.

He said the aim of the project was to help the young people identify corruption and what to do when they were confronted with a situation.

He added that the student reader came with questions which would help the students further discuss what they had learnt with their mates.y7