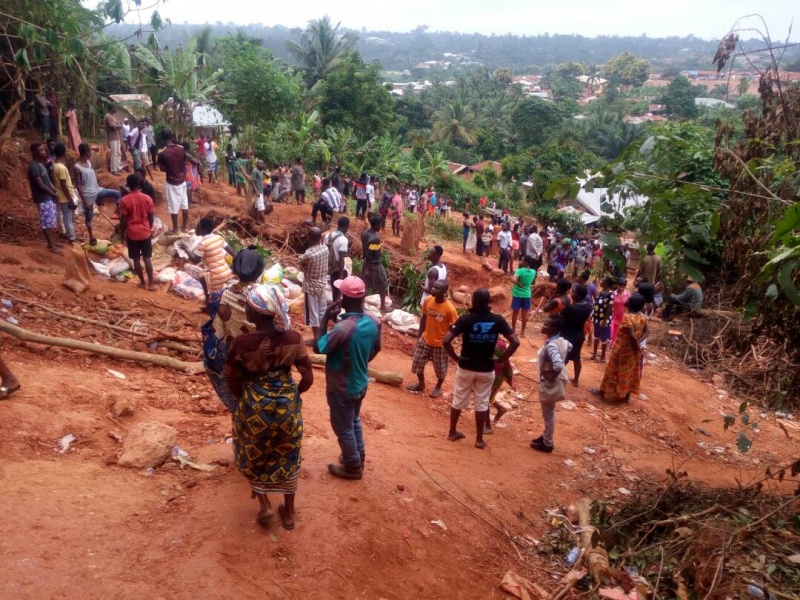 A rescue operation has begun in earnest to search for and save 14 illegal miners believed to have been trapped in a mine pit which caved in at Patrensa, near Konongo in the Ashanti Region, in the early hours of yesterday.

Two other miners were found dead, while two who were rescued were seriously injured.

One of the deceased has been identified as Mallam Yelepie, 32, while the other is yet to be identified. Their bodies have been deposited at the morgue of the First Klass Hospital at Yawkwei, near Konongo in the Asante Akyem municipality, pending autopsy.

The two survivors, identified as Abdullai Mumuni, 30, and Alhassan Fuseini, 25, are also receiving treatment at the Stewards Hospital also at Yawkwei.

At the time of filing this report, the rescue team, comprising officials from the Ghana Police Service and the National Disaster Management Organisation (NADMO), was at the pit, searching for the 14 miners who are suspected to have been trapped to death.

Speaking to the Daily Graphic, the Konongo Divisional Police Crime Officer, Assistant Superintendent of Police (ASP) Mr Emmanuel Mwinsori, said the police received a distress call around 7 a.m. yesterday that some illegal miners had been trapped to death in a mine pit at Patrensa.

He said the police responded by rushing to the scene, where they were able to rescue two of the illegal miners, while two others were found dead.

ASP Mwinsori said preliminary investigations conducted by the police showed that the four were part of a group of young men who had gone to the site around 2 a.m. yesterday to mine for gold, in spite of the ban on small-scale mining.

The incident at Patrensa is the second to have  happened in the country in one month.

Some 22 illegal small-scale miners were feared dead at Nsuta, near Prestea in the Prestea/Huni-Valley District in the Western Region, after they had been trapped in a mining pit which caved in on Sunday, July 2, this year.

More than five of the miners, however, escaped the tragedy.