Parties turn on the style as campaign reaches home stretch 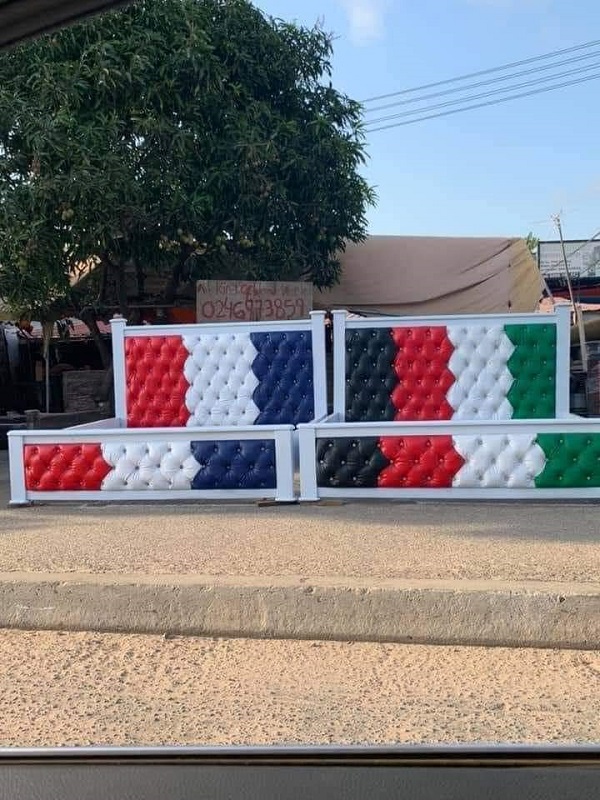 With barely two weeks for Ghanaians to go to the polls, a lot is happening on the political platforms. Despite the global pandemic which is hitting hard on individuals and businesses, the political parties are busy on the ground doing their campaigns.

As usual, the two main parties are evaluating each other as the nature of politicking has changed with the advent of COVID-19. No one knows if the people's judgement is going to be based mostly on how the parties and their candidates have fared during this global crisis. 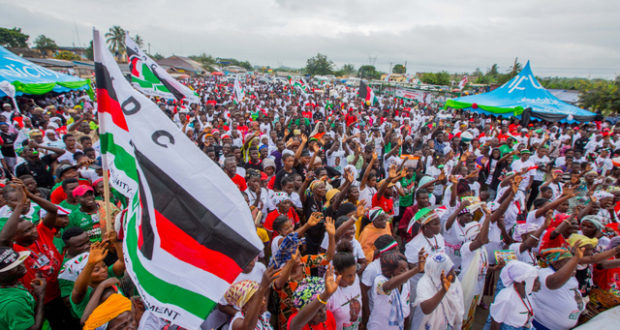 Last week, some of the political parties had to call off their political activities as a sign of respect to former President Jerry John Rawlings who passed away on November 12, 2020 at the Korle Bu Teaching Hospital in Accra after a short illness.

For the candidates of the ruling New Patriotic Party (NPP), President Nana Akufo-Addo, and the National Democratic Congress (NDC), former President John Mahama, this is going to be the third time they will be facing each other.

• Nana Addo Dankwa Akufo-Addo, Presidential candidate of the NPP in a shirt with the party’s

Following the vetting of their papers, the Electoral Commission announced the final list of 12 presidential candidates on October 19, 2020. In all, five people were disqualified from contesting the election as there were various problems with their nomination documents.

• Mr John Dramani Mahama,  Presidential candidate of the NDC wears a shirt with his name and party symbol embossed on it

• Mr Ivor Kobina Greenstreet, Presidential candidate of the CPP in a branded smock

• Madam Akua Donkor, the candidate of the GFP is seen rocking Kente outfits during her political activities

• Some NDC ladies rocking shirt dresses in their party colours

Beyond the campaign, messages are the trendy party paraphernalia which have gone viral on various social media platforms and billboards. As usual, the two big parties, NPP and NDC, have come out with various colourful Polo shirts, T-shirts with the party’s symbols, scarfs, hats, umbrellas, spectacles, earrings, wig caps and nose masks.

• Some of the NDC supporters wear branded shirts, nose mask and cap bearing the name of their presidential candidate

Some of the NDC ladies recently released shirt dresses in their party colours with straw hats to match. Interestingly, NPP had Polo and T-shirts with the inscription “Two Rounds” and “Four More for Nana”. Unfortunately, the positions on the ballot papers sent NPP to the first position, making the party rebrand to slogans such as “# My Choice is One”, to be in alignment with its position on the ballot paper.

• One of the rebranded slogans # My Choice is One

The PPP also has a branded wax print cloth in its party colours which it is using for its campaign activities. The NDP, which is being led by former First Lady Nana Konadu Agyeman Rawlings, has colours similar to those of the NDC. The presidential candidate for APC, Mr Hassan Ayariga, is seen in videos personally distributing white Polo shirts with the APC logo in them at market centres. 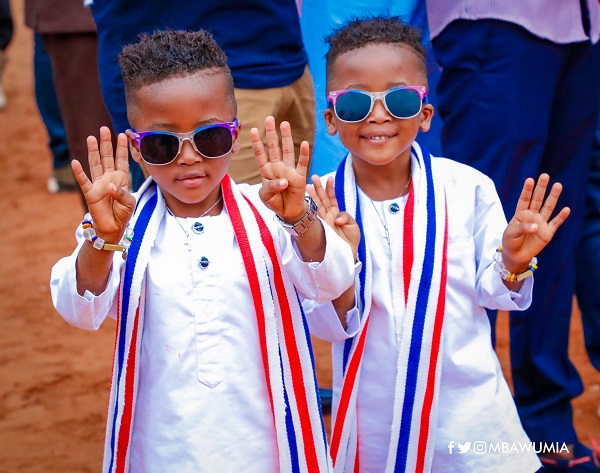 • The young ones have not been left out

The CPP and PNC supporters are often seen in branded smocks (fugu) with other accessories to match. The candidate of the GFP, Madam Akua Donkor, is often seen rocking kente outfits during her political activities.

Patronage/printing
Checks by The Mirror at various markets, including the Kaneshie, Makola, Madina, the Kwame Nkrumah Circle and Kasoa markets, revealed that paraphernalia were not moving as swiftly as they did in previous election years, so only few market women had stock.

• Mr Hassan Ayariga, Presidential candidate for APC is seen in a Polo shirt with the APC logo on it

They said compared to 2016 when patronage of the paraphernalia of the various parties was high, patronage was poor this election year due to the COVID-19 pandemic.

• The PNC in some branded smocks

While some attributed the poor sales to lack of massive gatherings at rallies, others attributed the decline to the nature of the Ghanaian who waited till the last minute before buying.

Some of the printers at Accra Newtown and Accra Central who usually printed these party paraphernalia said they were not getting huge contracts as they used to; however, they saw political leaders and their followers wearing party outfits.

Papa Kwame Sika, who has been in the printing business for the past three decades, said: “I suspect some of the parties went outside the country to print instead of giving business to some of us. I have laid off most of my workers.”

• The NDP, which is being led by former First Lady Nana Konadu Agyeman Rawlings, has colours similar to those of the NDC

`• Ms Brigitte Dzogbenuku, Presidential candidate of the PPP  and her party faithful in branded wax prints 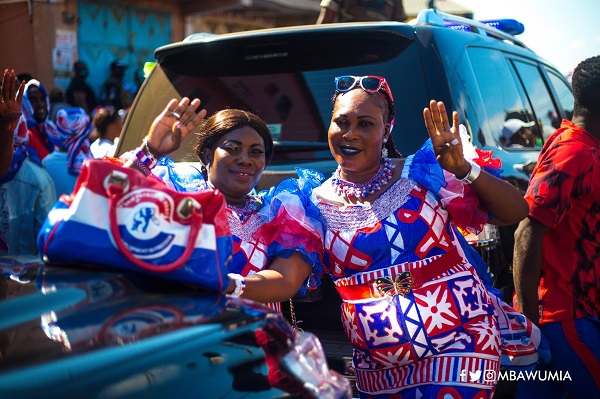 • Some NPP supporters in their party outfits